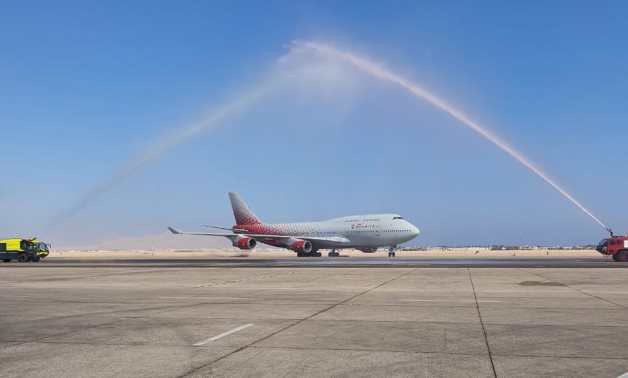 The airport received the Russian passengers amid strict preventive measures against coronavirus pandemic.

Russians used to make up one third of all tourists visiting Egypt, but this figure dropped considerably after a ban was imposed on direct flights, according to a report by Goldman Sachs Group in April.

Back to pre-2015 levels, Russian tourism could very well bring in returns worth more than $3 billion  annually, said Goldman Sachs Group (a leading global investment banking firm) noting that this would be about 0.75 percent of the Gross Domestic Product.

It would be a gradual comeback, especially as the pandemic prevails, the Group said.

In 2014, over 3.1 million Russian tourists had visited Egypt, before the Metrojet Flight crashed in 2015 taking down the number to an atrophied average of 100,000 every year.