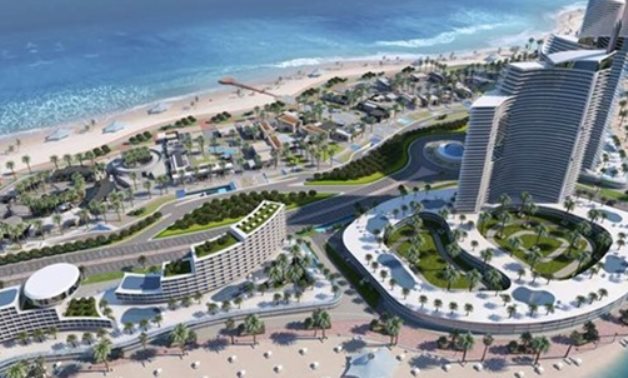 CAIRO - 2 February 2022: Prime Minister Moustafa Madbouly started a tour on Saturday to inspect projects that are being carried out in New Alamein city, accompanied by a number of ministers.

Madbouli said on Saturday that the political leadership attaches great importance to the construction and development processes in the New Alamein city.

During an inspection tour of the New Alamein city, the premier listened to a detailed explanation from Minister of Housing Assem el Gazzar on the development projects being established in the city.

Madbouli ordered finalizing the projects on time, including entertainment areas and cinemas.

The prime minister further issued directives to operate the water drainage network in the city.

Gazzar, for his part, said the development projects in the city cover three main sectors, namely facilities, services and construction.

He added that EGP 61.9 billion was earmarked to establish projects in the city, securing 100,000 jobs.