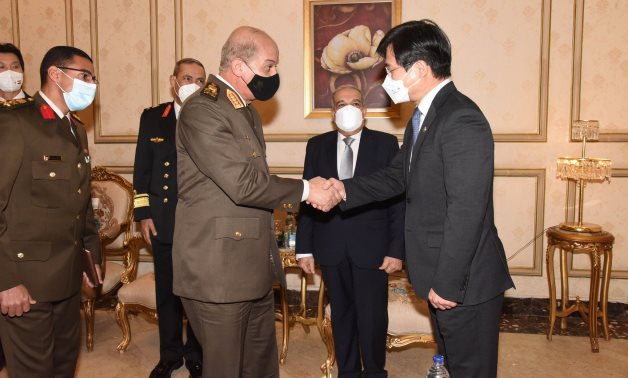 CAIRO – 2 February 2022: Egypt’s Minster of Defense Mohamed Zaki attended a signing ceremony of two MoUs of military cooperation between Egypt and South Korea as well as a contract with South Korea’s Hanwha Defense to jointly manufacture the EGY k9A1 howitzer.

As per the cooperation contract, EGY k9A1 howitzers will be manufactured locally in the factories and companies of the National Authority for Military Production in cooperation with Hanwha Defense, according to the statement.

According to the office of President Moon Jae-in in Seoul, South Korea reached an arm deal worth $1.6 billion to provide K9 self-propelled howitzers to Egypt.

According to the president’s office, this is the South Korea’s biggest export contract for the K9 howitzer.

Earlier this month, South Korea’s president made an official visit to Egypt, during which he met with President Abdel Fattah El-Sisi.

During his visit, the two countries signed four cooperation agreements in various fields.

President Moon Jae-in’s visit to Egypt was the first by a South Korean president in 16 years and comes in light of the partnership that has signed between Cairo and Seoul in 2016 during Sisi’s visit to Seoul.