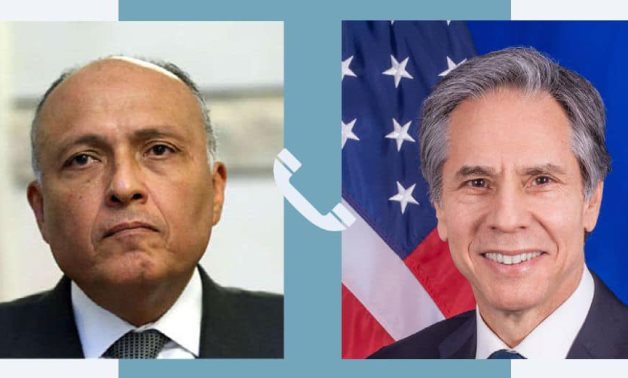 Shoukry and Blinken discussed means of boosting cooperation in light of the firm relations between Cairo and Washington with the aim of enhancing and expanding bilateral relations as desired by the two sides, a statement by the Egyptian Foreign Ministry said.

The phone call also discussed a number of regional issues with the aim of exchanging views and coordination in a way that ensures resolving the different crises and achieving stability and security in the region.

Shoukry and Blinken led the US-Egypt Strategic Dialogue in Washington in November for the first time in six years.