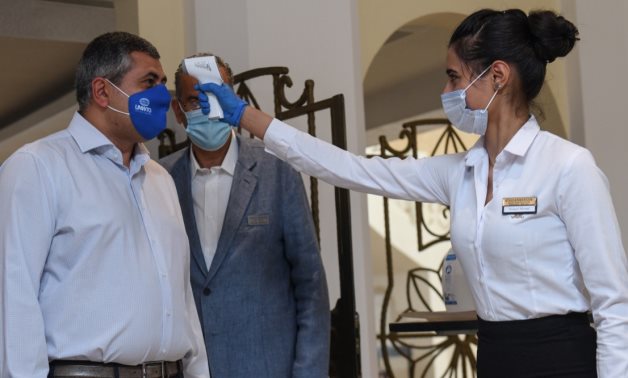 CAIRO - 15 January 2022: The Ministry of Emigration and Egyptian Expatriates Affairs and the Sonaa El Kheir Foundation have launched the second phase of an expanded medical convoy in El Madiq village in Aswan.


In a statement released on Friday, the ministry reported the convoy's second phase includes performing 80 eye surgeries for critical cases.

Emigration Minister Nabila Makram selected El Madiq village in Aswan, in response to a request from a group of Egyptian expats to provide medical and health services for citizens in the most needy villages in the Upper Egyptian governorate.

The minister's response comes in light of the political leadership's directives to communicate with Egyptians abroad and meet their demands.