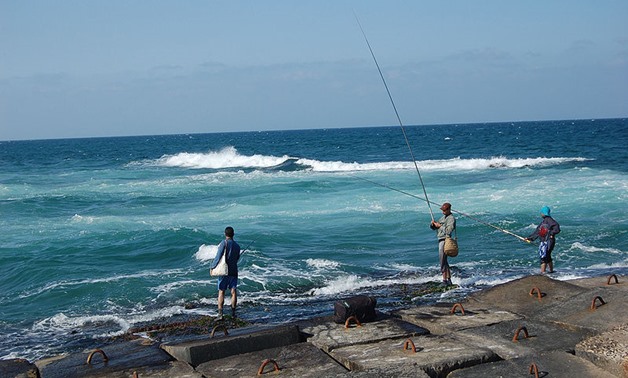 World leaders and environmentalists gathered this month in Glasgow and pleaded for decisive actions to halt global warming and combat effects of climate change.

In Egypt, a number of state entities and organizations are collaborating to implement a project to assess and develop a strategy to address the effects of sea level rise on citizens in Egypt.

The Ministry of Environment and the International Organization for Migration, in cooperation with the Ministry of Manpower and Migration, the Beach Research Institute, and a number of non-governmental partners are carrying out the study.

This project studies the environmental, human, social and economic impacts of internal migration flows expected due to sea level rise.

The project aims to conduct a number of rapid assessments to develop an understanding of the impacts and potential consequences of sea level rise on migration and human security issues in the low-lying coastal areas of the Nile Delta and Egypt's coastal cities.

Three local communities were chosen as a model that can be applied from Alexandria Governorate (Abu Qir Bay - East Port - El Max area), which will be affected by sea level rise, close in population, similar in economic and social conditions, and their dependence on agriculture and fishing.

Due to climate change,  the Mediterranean city of  Alexandria has been subjected to intense torrential rains and floods since 2015.

The city, which is one of UNESCO World Heritage sites, faces risks from flooding and erosion because of the increasing sea level. With increasing carbon dioxide emissions leading to global warming, the melting ice around the earth as well as the El Nino phenomenon (releasing ocean heat into the atmosphere) are causing sea levels to rise. In the period between 1910 and 2010, Egypt’s sea level rose by a total of 11.3 centimeters, increasing by an average of 0.113 centimeters annually.

In September 2020, Egyptian Minister of Irrigation Mohamed Abdel-Atti said that a project for adaptation to climate change in the North Coast and Nile Delta was launched to establish a protection system a long 69-kilometer low lying lands in Nile Delta in five governorates; Port Said, Damietta, Daqahlia, Kafr el Sheikh and Beheira.

The project is scheduled to be finalized by 2024, he said, noting that about 70 percent of the project has been accomplished.

Egypt, which is a signatory to the 2016 Paris Climate Agreement aiming to keep global warming “well below” two degrees celsius, is implementing its long-term plan at a cost of LE 3 billion ($168.4 million) in investments, to protect all coastal areas vulnerable to erosion in the Nile Delta.

Egypt has officially been selected to host the UN Climate Change Conference in November 2022 (UNFCCC COP 27) after years of significant work on countering climate change.