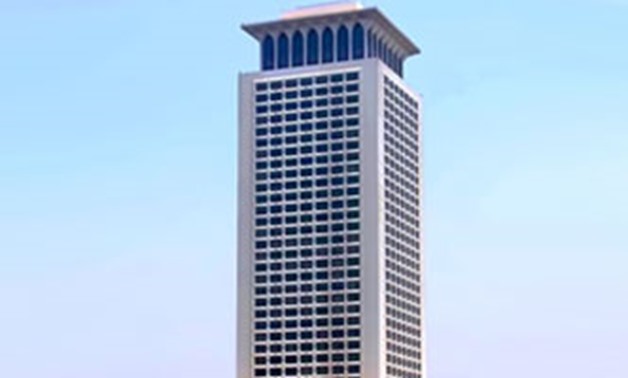 In a press release, the ministry asserted the importance of respecting the historical and legal status of al Quds and Islamic and Christian sanctities in accordance with the international legitimate resolutions issued by the UN and UNESCO.

It also expressed its concern regarding the impact of such decision on the region’s security and stability. The ministry also urged the Israeli government not to put the decision into action.

Egypt’s President Abdel Fattah El Sisi called, on Wednesday his Palestinian counterpart, president Mahmoud Abbas as they discussed the latest developments of the Palestinian cause and peacemaking process.

According to presidential spokesperson Bassam Rady, Sisi stressed during the phone call that Egypt will continue exerting strenuous efforts toward the Palestinian cause in coordination with Palestinian side in order to revive the peace process and help the Palestinian people restore their legitimate rights and promote security and stability in the region.

Palestinian President Abbas hailed depth and privacy of Egyptian-Palestinian relations. The Palestinian leader appreciated painstaking efforts exerted by Egypt to back the Palestinian cause.

Egypt is maintaining its historic role to reach a just and comprehensive solution to the Palestinian issue, Abbas said.

Sisi and Abbas agreed on the need to continue intensive consultation and coordination regarding various issues of mutual concern, according to Radi.

Shoukry’s comments were stated during a tripartite meeting with his Jordanian and Palestinian counterparts Ayman Safadi and Riyad Al-Maliki at the Tahrir Palace, downtown Cairo, and ahead of the 156th ordinary session of the Council of the League of Arab States at the ministerial level.

“The meeting aimed to discuss the latest developments in the Palestinian cause and the efforts made during the past period to work on re-engagement in the peace process and launch a serious and constructive negotiating process for reaching a comprehensive and just settlement on the basis of the two-state solution that guarantees the establishment of an independent Palestinian state on the borders of June 4, 1967, with East Jerusalem as its capital,” said Hafez in the statement.