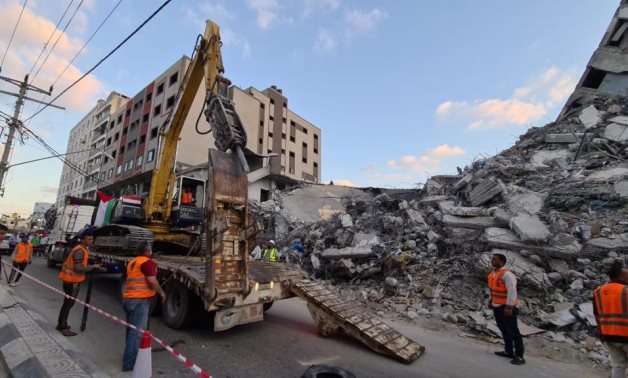 Misr Sinai Company sent engineering and technical equipment and crews to Gaza Strip to help remove the remains of the rubble, and start reconstruction works

Al-Hayek paid tributed and appreciation to Egypt’s President Sisi over sending equipment and aid to help people of Gaza Strip. He added that Egypt has always stood by the people of Gaza amid previous Israeli aggressions.

He further added that Egypt, represented in its leadership and people, has played a role in ceasing the war in Gaza in May.

“Today the development of Al-Rasheed Street in northern Gaza Strip has started as a fulfillment to President El-Sisi’s promise in helping in Gaza’s reconstruction process,” he said.