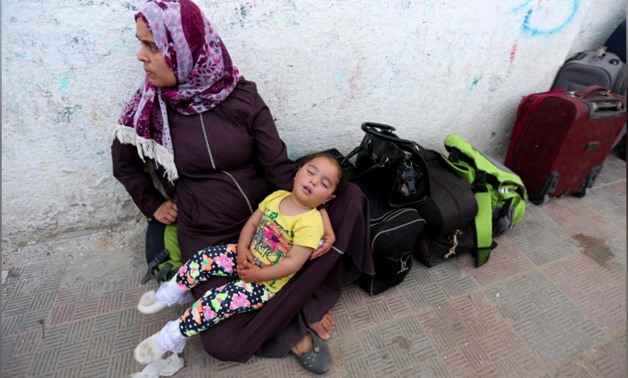 A Palestinian girl sleeps as she waits with her mother to travel to Egypt through the Rafah border crossing, in the southern Gaza Strip May 18, 2018. REUTERS/Ibraheem Abu Mustafa

CAIRO - 11 August 2020: The Rafah border crossing remained opened on Wednesday on both sides in accordance with the directives of the political leadership.


Sources responsible for operating the crossing confirmed the continuation of opening the crossing today to allow the stranded and humanitarian cases on both sides to pass through, in addition to the entry of humanitarian aid and reconstruction equipment and materials into the Gaza Strip.

Administrative and technical staff are on hand to facilitate the Palestinian brothers and speed up the completion of transit procedures and the entry of relief aid and reconstruction materials into the Gaza Strip. Preparations are in place to receive humanitarian cases and to enter any aid into the Gaza Strip at any time, according to the sources.