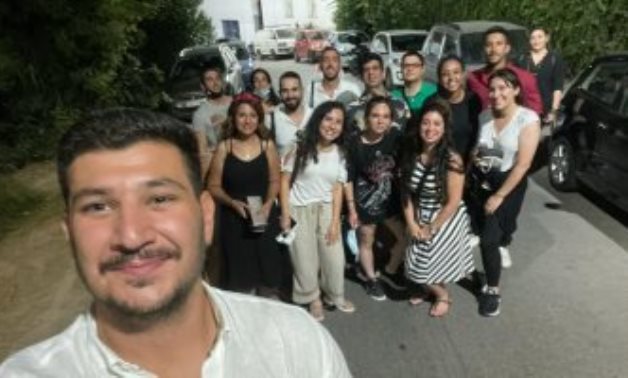 CAIRO – 29 July 2021: A delegation of Egyptian, Greek and Cypriot youths began their visit to Greece as part of the fourth edition of the “Reviving the Roots.. Nostos” presidential initiative.

The initiative was launched by President Abdel Fatah al-Sisi during the tripartite summit in the Cypriot capital of Nicosia in 2017.

The Ministry of State for Immigration and Egyptians Abroad said that this edition came in accordance with what was agreed upon during her visit to Nicosia and her tripartite meeting with her counterparts, Costas Vlassis, Greek Deputy Foreign Minister, and Fotis Fotiou, Presidential Commissioner for Expatriate Cypriots Affairs.

The ministry added that “it is important to transfer this initiative to the second and third generations of the peoples of the three countries,” stressing that the initiative started from Egypt to become the first country to celebrate the foreign communities that lived on its land, explaining that these young people are scheduled to meet, during their visit to Greece, with the Greek President and the Greek Prime Minister as well as the Greek Deputy Foreign Minister.

The initiative also represents a message of affection and good spirit from Egypt towards everyone who lived on its land and left a trace or a human legacy.

The ministry stated that the youth delegation included a limited number of young people, in line with the precautionary measures and to prevent the spread of the Corona epidemic.

The participating youths are five young people from each country, and during their visit to Egypt in mid-July, they were received by President Abdel Fattah El-Sisi at the Presidental Palace in Cairo.

She added that the delegation also made a number of visits in Egypt, starting with the Ras El-Tin Naval Base, and then the Library of Alexandria to learn about the Greek monuments that are abundant in the city, as well as visiting the Greek Orthodox Patriarchate, the Greek Square and the places that witnessed the lives of Greeks and Cypriots, passing through the Suez Canal, the city of Ismailia, the Parliament, the National Museum of Civilization in Cairo, and the Giza Pyramids.

The ministry confirmed that the youth will submit a written note to the three presidents explaining what they have seen and benefited from during their visits in light of identifying the common denominators, and how to develop the "Revival of the Roots" initiative.

Nostos – the Return, meaning “roots revival,” is an initiative launched by Makram in October upon directives from President Sisi. The initiative targets the second and third generation Greeks and Cypriots who once lived in Egypt.

The first edition included visits to the places in which their families used to live, such as Zizinia and El Raml neighborhoods in the Mediterranean seaport city of Alexandria, followed by a visit to the Greek Orthodox Patriarchate of Alexandria and All Africa, a tour of Giza Pyramids, and finally a visit to Saint Catherine’s Monastery in Sharm El Sheikh.

The initiative also aims at promoting Egyptian tourism through the launch of these events.