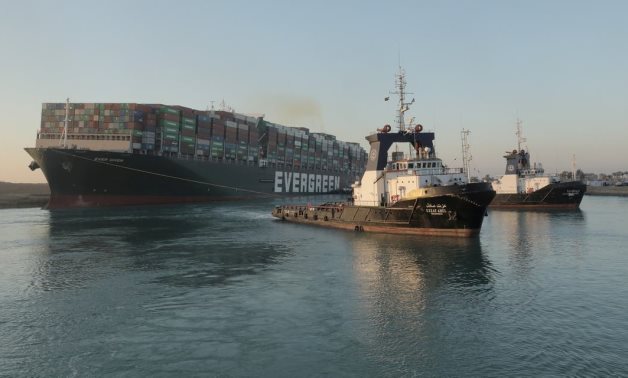 A view shows the container ship Ever Given, one of the world's largest container ships, after it was partially refloated, in Suez Canal. Reuters

CAIRO – 24 June 2021: The Suez Canal Authority has reached a preliminary satisfying solution to the Ever Given ship that went aground in the Suez Canal in March and blocked the international waterway, chairman of the SCA Osama Rabie said on Wednesday.

The solution will be announced in the middle of the next week, Rabie noted in media remarks to TeN TV channel.

Rabie said the solution would satisfy both parties and includes resolving the issue without going to the court in order to preserve the interests of all parties.

He said the SCA has been studying the issue for 12 days to reach the solution in order to preserve the political and economic relations with Japan.

Rabie noted that the SCA will hold a big celebration for the ship and the owner after announcing the solution.

On March 23, 2021, the Ever Given ship, owned by Japan’s Shoei Kisen Kaisha, went aground in the 151 km of the Suez Canal, where the vessels in both directions pass. This caused the suspension of the international maritime navigation through the canal for six days.

Egypt has initially asked for $916 million in compensation for damages caused by the grounding of the ship, the salvage operation, and for loss of reputation.

An economic court in Ismailia governorate issued on April 13, 2021 a decision to officially arrest the ship until paying $916 million in compensation.

The compensation required was later cut down to $550 million.