Hani, the bear, dies suddenly in Giza Zoo in Egypt 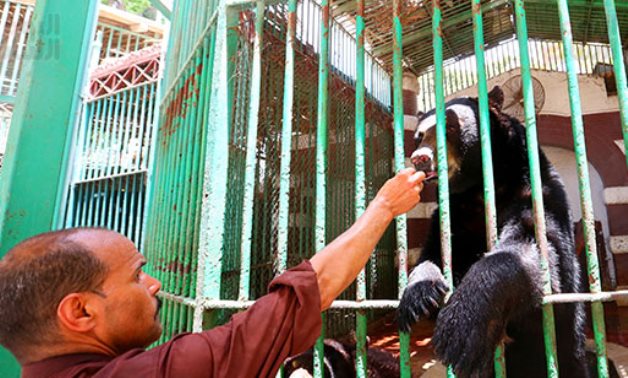 Hani, the bear, dies suddenly in Giza Zoo in Egypt

CAIRO – 17 June 2021: The bear, Hani, died on Tuesday suddenly, causing a state of sadness among workers at the Giza Zoo.

Hani has been in the zoo for more than 25 years, and had enjoyed a bit of fame on social media, especially after the death of three of his wives, who battled to win his love. He was called “Don Juan.”

Hani was seen in a good psychological health after marrying the bear “Nevine,” which is his fifth wife, where workers witnessed that he overcome a state of boredom he was suffering, and started interacting with the visitors. Samah is his fourth wife.

Before that, Hani married Nabila, 13 yrs old, Farah, 11 yrs, Lolo, 4 yrs. The trio died after a violent struggle out of jealousy.

A medical team from the Faculty of Veterinary Medicine at Cairo University began to take samples of the bear Hani to determine the cause of death.

In December 2020, an imported male giraffe “Zizo” from South Africa died inside its house at Giza Zoo. His death left the zoo with only three female giraffes.