No need to worry about black fungus spreading in Egypt: presidential health advisor 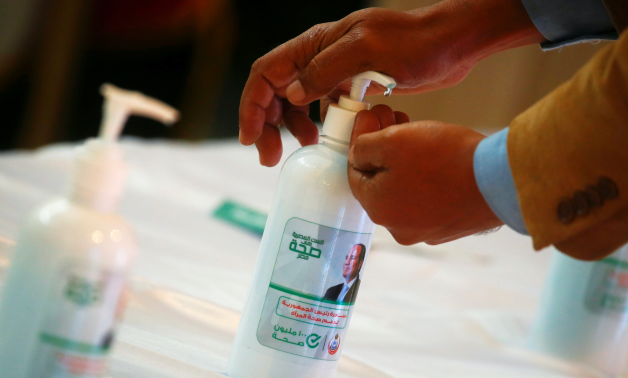 CAIRO – 24 May 2021: Advisor to President on health affairs, Mohamed Awad Tag El-Din, affirmed that there is no reason to be concerned about the black fungus spreading in Egypt.

He added that the black fungus is a well-known strain that may happen to some people while taking antibiotics.

“Some people while taking antibiotics may develop a white layer in their mouth, this is not new or strange” Tag El-Din said, as he affirmed that the black fungus is not only related to Coronavirus, but it could appear as part of any other disease’s complications.

He noted that there are some cases in Egypt that suffer from fungus; however, not many cases have been discovered widely.

Head of the Scientific Committee for Combating COVID-19 Hossam Hosny said in a phone-in Saturday that there is no country in the world that does not have black fungus cases as it is the outcome of very low levels of immunity.

Further, Former Minister of Health and Member of the Health Committee at the House of Representatives Ashraf Hatem told Al Watan newspaper Sunday that severe viral infections coupled with heavy use of antibiotics and cortisone cause fungus infection, including black fungus.

Data coming from India indicate that black fungus has been common among diabetic COVID-19 patients, and has killed 50 percent of those who got infected with it. It is noted that the disease is not contagious.

The Health Ministry said Sunday night that 1,145 new coronavirus cases were detected, upping the total number of confirmed cases since the outbreak in the country began to 253,835.

In a statement, Spokesman for the Health Ministry Khaled Megahed said 51 patients have died from the virus over the past 24 hours, raising the death toll to 14,721.

As many as 455 patients were discharged from isolation hospitals after receiving necessary medical care, taking the number of recovered cases to 186,678 so far, the spokesman said.

Egypt has sufficient quantities of Anti-Corona vaccines for all citizens, announced Ministry of Health.

Spokesperson for Ministry of Health Khaled Megahed called on all citizens to register to receive the Coronavirus vaccine, especially the elderly and those with chronic diseases through the electronic system.

A total of 400 fixed centers have been allocated across governorates to receive the vaccines.

Megahed further said that coordination is ongoing to allocate centers in industrial cities to allow workers to receive the vaccines.