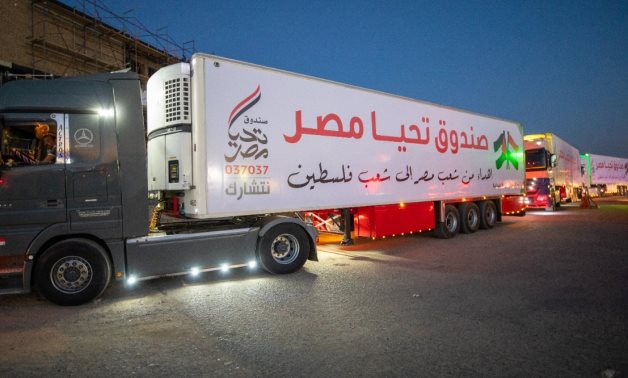 CAIRO - 22 May 2020: An aid convoy sent by "Long Live Egypt Fund" was on its way to the Gaza Strip on Friday in line with President Abdel Fattah El Sisi's directives to back the Palestinian people in the Gaza Strip. 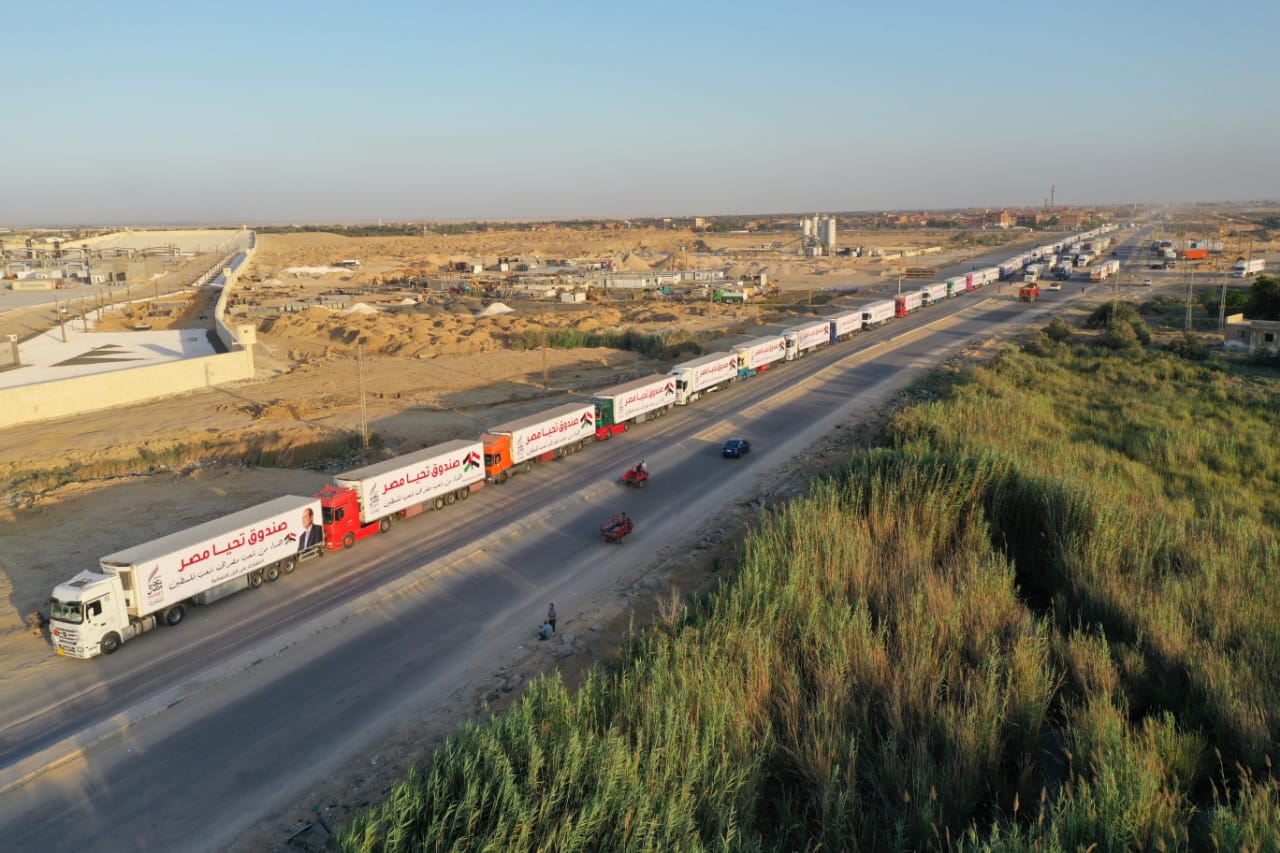 Cairo succeeded, on May 20, to secure ceasefire in Gaza. The mutually-agreed suspension of fire come into force at the early hours of May 21.

Egyptian Foreign Minister Sameh Shoukry on Wednesday said in statements to CNN that Egypt is working to reach a ceasefire in the Palestinian territories to avert more escalation of conflict there.