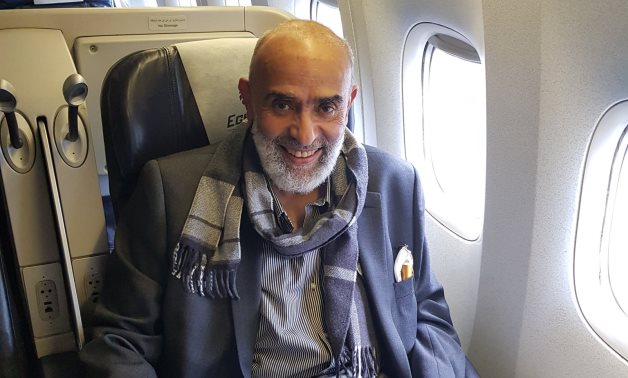 CAIRO – 6 May 2021: Renowned Egyptian businessman and head of one of the most famous fund investment companies in the nineties returned to Egypt on Wednesday after 26 years of absence in the wake of being charged in the mid-90s of financial exploitation.

Returning from London to Cairo, El-Saad was detained. A security source said his detention is only “procedural” and that he will be released immediately after his acquittal from the filed cases is verified.

Saad, 67, was received by a number of his family members and friends.

On his Twitter account, Saad wrote: “After more than a quarter of a century away from my country -And it was only a physical absence as my soul remained on Egypt all these years- I return again today to Egypt”.

Saad was the head of the El-Saad Investment Group and the owner of one of the fund investments companies that became popular in the nineties and could manage around LE 1 billion.

In 1991, Saad left for Paris for treatment after he had obtained large sums of money from citizens to invest it for them in return for monthly and annual profits.

After three months in Paris, the General Prosecution ordered placing Saad on the watch lists after he was charged of issuing a cheque without sufficient funds.

He was sentenced for three years in prison in 1993.

Returning from Paris, Saad faced several accusations and an imprisonment order in 1993. He was released on bail worth LE 50,000 and traveled to France for treatment again in 1995.

Confiscating all his funds and properties, authorities announced it returned to the depositors 100 percent of the funds they handed to Saad’s company.

In 2004, Saad filed a lawsuit in England requesting an end to the confiscation of properties.

Three years later, a court ordered ending the confiscation, saying Saad could pay back all debts of his company to the individuals, companies and the banks.

The Court of Cassation later upheld the ruling to end the confiscation of Saad’s money and properties.