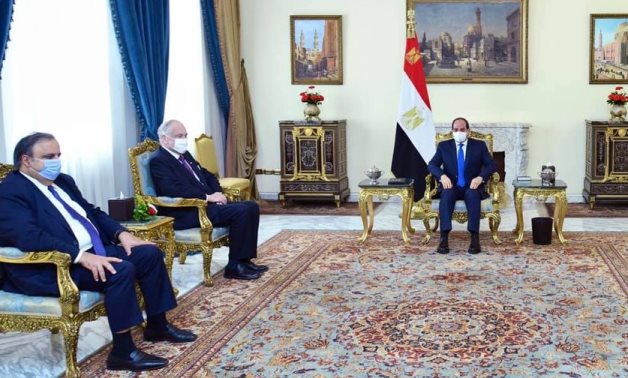 President Sisi affirmed the depth of strategic relations between Egypt and the United States. "Those deep ties are crucial in light of the crises sustained by the region. Those crises are composing a threat to the security and stability in the region, which requires further consultation and coordination between both countries, particularly in the realm of combating terrorism and extremism," the presidency statement reads.

On his side, Lauder commended the strong relations between Egypt and the United States expressing his appreciation for the pivotal role played by Egypt in achieving security and stability in the Middle East and Africa.

The president of the World Jewish Congress also lauded the efforts of Egypt in deterring terrorism, and reaching political solutions to different crises in the region. Lauder underlined that Egypt has been committed to such regional duties in tandem with embarking on an economic reform program and working towards comprehensive sustainable development.

The meeting tackled the latest developments of the peace process in the Middle East whereas the Egyptian president stressed the necessity of negotiation resumption among the Palestinians and Israelis with the aim of accomplishing a comprehensive and fair settlement to the Palestinian Cause in alignment with international law and UN Security Council resolutions.

President Sisi underscored the endeavors made simultaneously by Egypt to achieve reconciliation among Palestinian factions and stabilize the tranquility in Gaza Strip. Such endeavors target to maintain security and stability for Palestinians, and improve their living, humanitarian, and economic conditions.