After international decision to deploy observers, will Muslim Brotherhood remain in Libya? 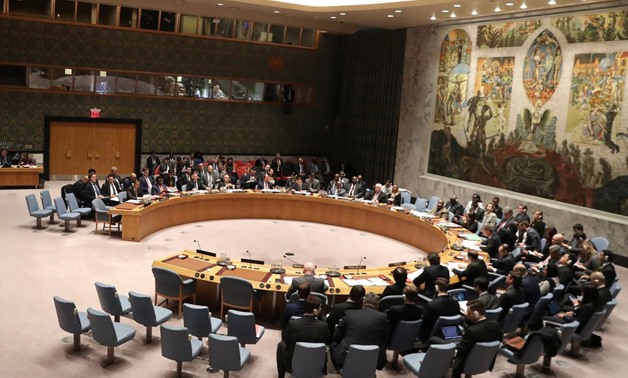 Dabaiba expressed the government's readiness to provide the capabilities to facilitate the work and called on the Security Council to support the government to expel mercenaries from Libyan territory.

Political analyst Abdel-Rahim Al-Janjan believes that the decision is "surprising" and fair to the Libyan people, who have long waited for stability, and has faced the government with its obligations, well reminding it of its pledges. It will also define its functions as a caretaker government until elections are held on December 24.

In statements to Sky News Arabia, Janjan called on Dabaiba to visit all Libyan regions and prioritize people’s aspirations, including opening the coastal road linking the East to West, expelling mercenaries, providing goods and cash liquidity, and easing life pressures on citizens.

"The elections are an entitlement that cannot be abandoned, after the Libyan people spent the longest period of patience punctuated by sacrifices and much bloodshed, and the cause of the scourge was the Brotherhood organization, which cut off the Security Council’s  hope for continued control over the state," Dabaiba continued.

He further added that the people need fair elections under mixed international supervision and strict oversight. “Corruption has reached the maximum extent and its end,” he stated.

In his statement to the international community, Dabaiba assured that the unity government would put "all material and logistical capabilities at the disposal of the High Electoral Commission to hold free and fair national elections on the date set for next December 24."

He emphasized the Security Council’s decision calls on the House of Representatives and the relevant institutions to expedite the procedures contained in the roadmap and emanating from the Libyan Political Dialogue Forum to facilitate the holding of elections, clarifying the constitutional basis for elections and enacting relevant legislation.

Dabaiba further stressed the importance of conducting national reconciliation as an important step for holding the elections on time, asserting the Presidential Council's support for completing this file.

Moreover, he renewed the government's commitment to completing the tasks assigned to it according to the Road Map, and its endeavor to provide services to all Libyans, and highlighted the need for Parliament to expedite the process of approving the budget so that the government can implement its tasks.

Meanwhile, the Libyan political analyst Al-Hadi Abdel-Karim pointed to the importance of the decision in that it brought together all the states in the Security Council and none of the permanent members intervened to reject it, which is something worthy of praise. He added that this decision should be supported by societal pressure until the day of the elections.

He explained that the Brotherhood organization no longer has a place in the political equation, as the people will expel it during the upcoming elections, adding that he would have preferred if Dabaiba addressed the Libyan people in his speech in addition to addressing the international community. He same time affirmed his commitment to what was stated in the decision.

The Security Council resolution carried many messages on the political, security and social levels, the most prominent of which was the approval of the request of the Secretary-General of the United Nations, Antonio Guterres, to send a special mission of 60 observers to the city of Sirte, to follow the implementation of the ceasefire agreement.

The Council expressed its deep concern over the exploitation of the situation in Libya by terrorists and violent groups, stressing the need to address the dangers to international peace and security resulting from terrorist acts, in accordance with international law, including the United Nations Charter.

In the same context, Abdel-Karim expressed his fear of the deterioration of the humanitarian situation as a result of the devastating impact of the coronavirus epidemic in Libya, as well as the crimes of smuggling migrants and human trafficking in the country. He welcomed the work carried out by the United Nations Support Mission in Libya in coordinating and supporting the provision of humanitarian assistance to refugees and migrants.

He also referred to the importance of conducting a comprehensive and inclusive national reconciliation process, and welcomed the support of regional organizations in this regard, and shed light on the importance of implementing confidence-building measures to create an environment conducive to holding successful national elections, highlighting the importance of unifying institutions in Libya, good governance and improving economic performance.

Additionally, Abdel-Karim affirmed the need to plan for the disarmament, demobilization and reintegration of armed groups and all armed non-state actors, reforming the security sector and establishing an inclusive and accountable security structure with civilian leadership for Libya as a whole.

Abdel-Karim emphasized the "full and real participation of women and youth" in the elections. He also strongly urged all countries to respect and support the ceasefire by withdrawing all foreign forces and mercenaries from Libya "without delay," and demanded full compliance with the arms embargo imposed on Libya.