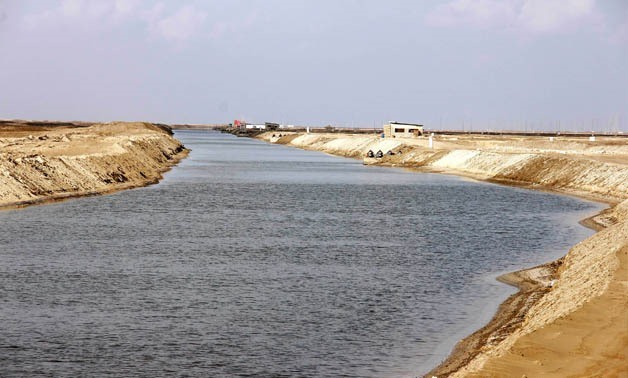 Chairman of the Suez Canal Authority, Lieutenant General Osama Rabie said that the towing   efforts resumed using 9 gigantic locomotives including "Baraka 1" and "Izzat Adel", after the completion of the dredging work near the vessel’s bow using "Mashhour" dredge.

Rabie further explained that the towing maneuvers requires several factors, including the wind direction and the tidal state, which makes of it a ‘complex technical process’ with very unique procedures and multiple attempts.

The Ever Given ship, 400 meters long, 59 meters wide, and with a capacity of 224,000 tons ran aground due to bad weather and sandstorm and wedged diagonally across the canal.

“Dredging works are carried out in accordance with the highest standards of navigational safety via maintaining a safe and permitted distance about 10 meters away from the ship. We will not be able to dredge closer than this distance, but we will replace that with sand shakes that could take place,” he was quoted as saying.

The Dutch Smit Salvage, a subsidiary of dredging and maritime services provider Boskalis, joined the SCA team to participate in the process of refloating the ship, praising the measures taken by the SCA.

The Dutch company SMIT is scheduled to provide technical advice to the authority, provided that the dealing with the crisis will be done through the authority's marine units.

The authority also added that it is in contact with the Japanese company (Shoei Kisen Kaisha, Ltd), owner of the Ever Given ship, to resolve the crisis.