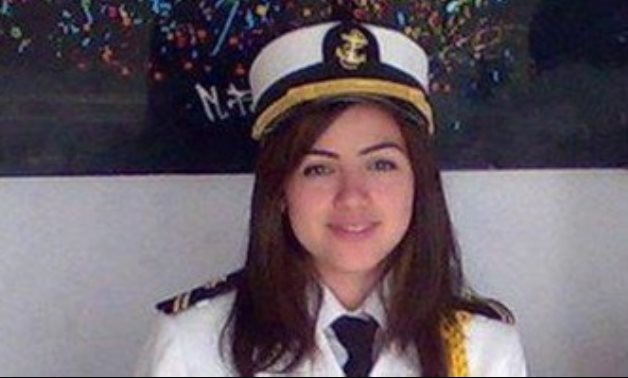 CAIRO – 24 March 2021: Egyptian Sea Captain Marwa El Selehdar negated Wednesday she had been commanding the cargo ship MV EVER GIVEN causing it to lodge sideways while crossing  Suez Canal.

The sea captain told Youm7 that a page captured a screenshot of an interview she did a while ago, and photoshopped the headline to make the disinformation seem like recent news.

Selehdar described the act as an "organized campaign" against her for that three fake accounts having her name were created on Twitter harnessing 20,000 followers in a few hours.

The fake post is circulating on social media along with a caption that derogates Arab women’s ability to work as sea captains.

Chairman of the Suez Canal Authority Osama Rabie stated earlier on Wednesday that tugboats are still managing to save and float the cargo ship "Ever Given" which had stuck on Tuesday morning while crossing the international waterway coming from China and heading to Netherlands.

The official attributed the cause of the accident to bad weather as wind speed recorded 40 knots, which had impaired the ability to guide the ship. On the other hand, he said that navigation in the old canal got back to normal.

A crisis management committee was formed as eight tugboats have got deployed. One of them is dubbed Baraka, which has a dragging capacity of 160 tons. The Suez Canal chairman added that the authority is also reducing the load carried by the ship to make the mission easier.

The length of the ship is 40 meters, its width is 59 meters, and its cargo capacity is 224,000 tons. The cargo ship is owned by the Taiwanese company "Evergreen Marine Corp."