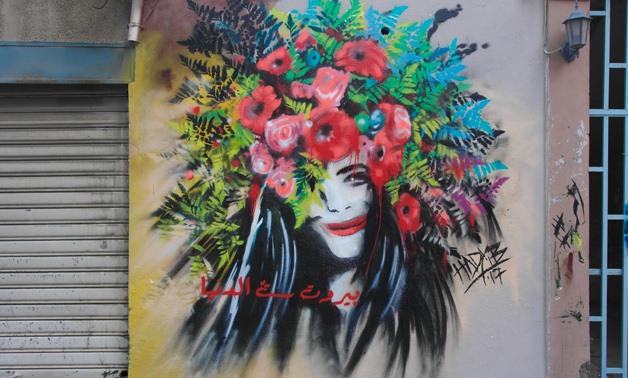 By: Anna Bersen
Street art is more than grafitti on walls in the Lebanese capital. Political activism, minimalistic sculptures and decorated objects can all be found in Beirut’s streets—if you look carefully.

Beirut’s street art is both beautiful, thought-provoking and activistic. And it’s not just found on walls, but on staircases, gas stations and cover-ups for construction sites too. The scene emerged in the mid-1970s when Lebanon was divided by a civil war. Stencils and grafitti were used as propaganda by militias, according to streetartnews.net, and the division in the society was made even more clear by the street art.

The scene has changed since the end of the civil war in 1990. Although several pieces are still politically motivated, many of the artists now focus on the aesthetics. Colorful works of art, some with references to pop culture, are common on the streets of Beirut. Keep an eye out for the interesting and captivating art next time you’re in the Lebanese capital.

3 A life-size photograph on a wooden wall in downtown Beirut. The T-shirt is a reference to the American rap group N.W.A. from Compton.

5 A colorful graffiti painting of a child