"Aswan governorate is experiencing a tourist boom, coinciding with Christmas and New Year celebrations this year. Hotel occupancy rates exceed 80 percent, with a huge turnout of foreigners of all nationalities spending their Christmas holiday in Upper Egypt," said Khairi Mohamed, Chairman of the Sub-Chamber of Tourism Companies in Aswan.

Tourism has been picking up recently; Egypt has become a lot cheaper for many international tourists, especially after the country floated its currency last year.

"This winter’s bookings witnessed an unprecedented boom, contributing to the increase in inflow to Luxor and Aswan. We started to see foreigners buying souvenirs and strolling over the Nile Corniche, after the tourism sector suffered long lean years due to tourism scarcity," Mohamed added in an exclusive statement for Egypt Today

Tourism revenues jumped 211.8 percent to $5.3 billion in the first nine months of 2017, compared to $1.7 billion last year. The number of tourists who visited Egypt in this time period jumped 55.3 percent to 5.9 million, with European visitors reaching 3.2 million, an 85-percent increase from the previous year.

Hilton Hotels Worldwide announced recently that they aim to increase the number of hotel rooms they manage in Egypt by 40 percent by the end of 2022. 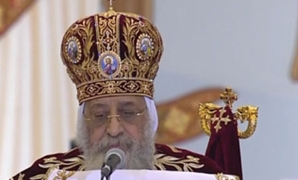