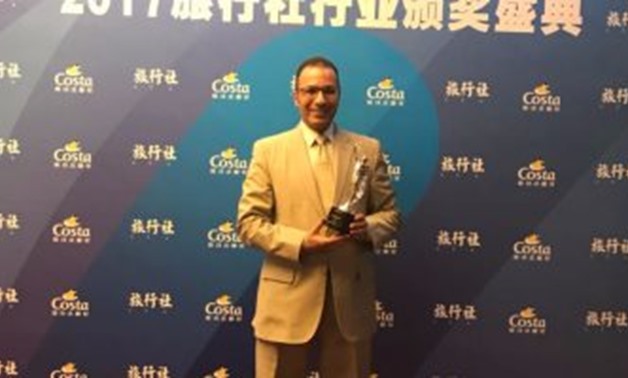 Abu Al-Maati Saleh Shaarawy, Egyptian tourism advisor in China, received the award at the 2017 awards ceremony organized by B2B, the largest specialized tourist magazine in the Chinese market, for professionals and tour operators.

The award came as the culmination of the ambitious marketing and promotional efforts exerted by the Egyptian Tourism Office in the Chinese market and the concerted efforts of the Egyptian diplomatic mission in China, as well as the Egyptian-Chinese relations.

Photo: 2: Part of the ceremony in China

The Egyptian Tourism Office in Beijing also participated in the international tourism fair in Chengdu, and extensive meetings were held with the tour operators in Sichuan and Chinese media.

Earlier, the Chinese government announced in February that Egypt is one of the most important countries in the world attractive to Chinese tourists due to its originality and history. Cairo was also named the best tourist city for tourists from China in 2016.