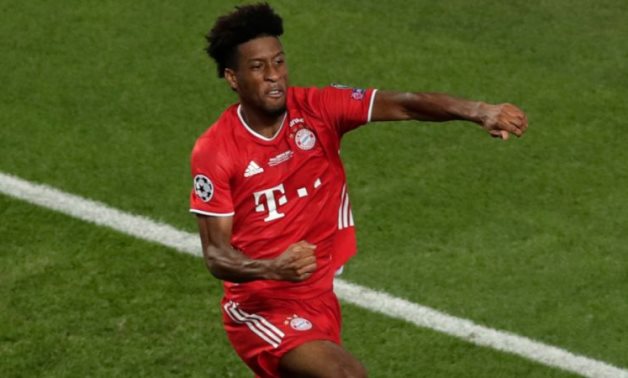 Bayern Munich won the European Championship by defeating Paris Saint-Germain 1-0 in Lisbon, a goal that Coman scored against the team he grew up with.

“I have an extraordinary feeling,” Coman said after the match.

"But I also feel sad for Paris Saint-Germain," he added on Radio Monte Carlo.

He continued: "It hurts my heart a little, although I belong to Bayern 100%, as I said before."

He continued: "We tried to control the match from the start."

He recalled: "Paris Saint-Germain launched the counter-attack, and we knew it would be dangerous."

He concluded: "Paris Saint-Germain played an amazing match, and we also did, it was a special final."

Frenchman Kingsley Coman scored the game's only goal in the 59th minute with a header.

He was born in Paris, and at the age of eight, he joined Paris Saint-Germain and spent 10 years in their ranks of growing up and adolescence.

Paris Saint-Germain, who spent 9 years spending hundreds of millions of euros buying the biggest football stars, realized today that he needed to avoid only giving up an 18-year-old teen 6 years ago in order to win the Champions League.

Bayern Munich won the sixth title in its history, tying Liverpool in third place on the title ladder, behind Real Madrid and Milan.

Bayern also won the League, Cup and Champions League hat-trick for the second time in its history, having achieved it in 2013.

Bayern won the title by winning all 11 matches they played, and this is the first time in the history of the tournament.

The final was the second in history between two parties from France and Germany, after the 1976 final between Bayern Munich and Saint-Etienne.

It is the second final to be held at Benfica's Stadium, after the 2014 edition, and the third overall in Portugal.

As for Hans Flick, he is the sixth German coach to win the same ear, after Udo Latick, Dietmar Kramer, Ottmar Hitzfeld, Jupp Heynckes and Jürgen Klopp.