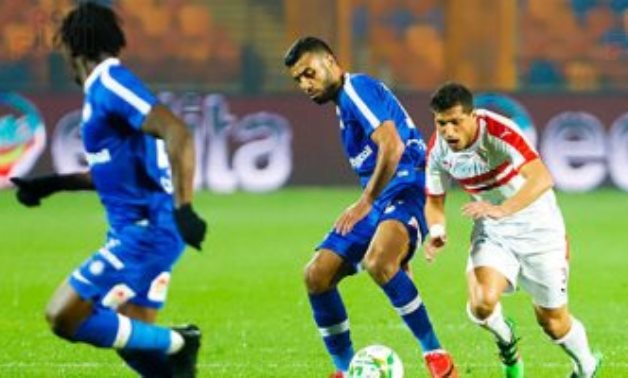 Zamalek vs Smouha in a previous match - FILE

CAIRO, 12 JULY 2020: Zamalek Club announced, through their official website, that there will be a friendly match with Smouha in their preparation camp held in Alexandria.

Zamalek will face Smouha, on the 19th of July in a friendly meeting within the team's camp currently taking place in Borg El Arab.

Zamalek began their camp last Thursday in preparation for the semi-finals of the African Champions League against Rajaa Casablanca.

Hazem Imam and Ferjani Sassi joined the team's camp in Alexandria on Saturday, after the results of their survey came negative.

Zamalek did not officially announce their position until the moment of the resumption of the Egyptian League on the sixth of August.