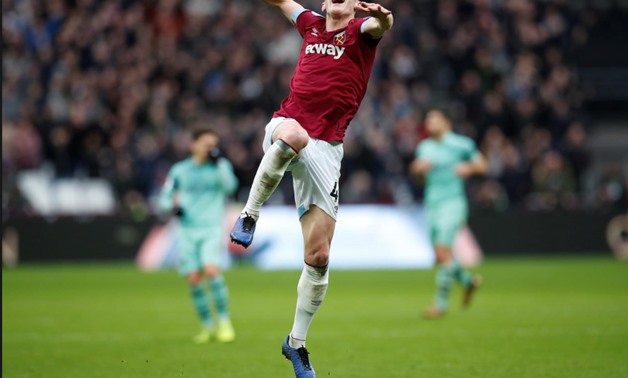 CAIRO – 6 February 2019: Liverpool lost another two points at the Premier League title race on Monday after their 1-1 draw against West Ham United in London.

Liverpool Egyptian winger, Mohamed Salah, and Liverpool's attacking line failed to shine during the game and they were frustrated by West Ham's defense.

“I think you could see that Firmino and Salah were frustrated because they couldn’t go through the middle,” West Ham defender, Declan Rice, said.

Sadio Mane opened the score at the game after 22 minutes when he met James Milner’s cross while Michail Antonio equalized six minutes later.

Rice added, “They kept going wide and they obviously haven’t got a target man to play up to, so we frustrated their game-plan and we got out with a point.”

Salah has been a victim to racist chants during the game and West Ham club decided to take an action to identify the individual involved.

Salah won Premier League Golden Boot last season and he is the main contender to win it again this season as he is leading the race for Golden Boot award with 16 goals.

Liverpool is leading the Premier League table with 62 points, three points ahead of the second placed, Manchester City.