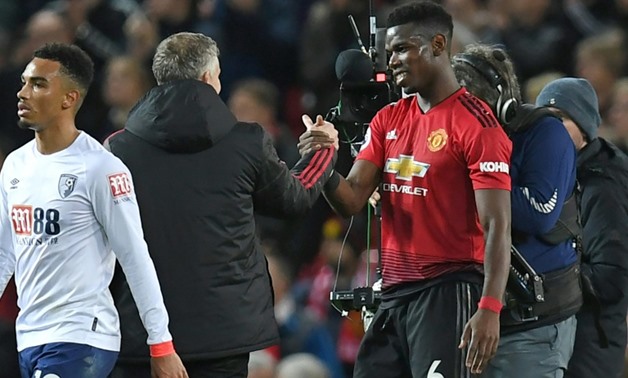 The French World Cup winner's own return to form is in keeping with a rejuvenated United as a whole since the Norwegian replaced the sacked Mourinho last month.

Pogba, who was dropped by Mourinho for his final three Premier League games in charge, has scored four goals and provided four assists as Solskjaer has become the first United manager to win all of his first six games.

"The way we are playing we have more possession of the ball. We know more where to attack and where to go. We have more of a pattern of play and more of a structure," Pogba told Sky Sports News.

"That makes it easier for everyone. So I would not say it is only myself. Yes, I have scored a few goals and had a few assists but it is all the team."

Pogba was the provider for Marcus Rashford's winner in a 1-0 victory at Tottenham last weekend that allowed United to close to within six points of the Premier League top four, having been 11 points adrift when Mourinho departed on December 18.

However, United were also indebted to goalkeeper David de Gea, who made 11 second-half saves at Wembley.

"It was great for us. It was great to show we are coming back and getting closer to the top," Pogba said. "We needed points and we showed that we could beat a big team.

"I wouldn't say (we had) luck because you create your own luck. David did his job and I thank him for that."