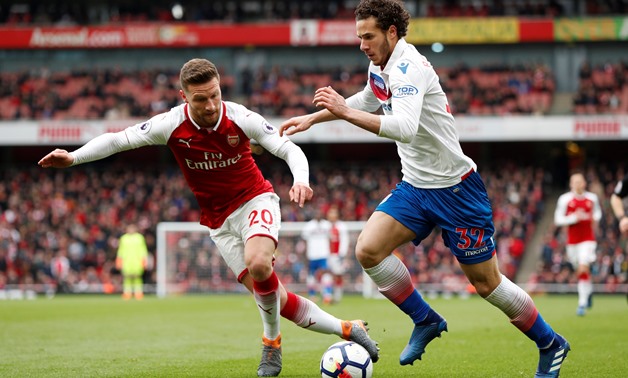 CAIRO - 2 April 2018: Al-Ahly coaching staff, led by Hossam al-Badry, tied the matter of Saleh Gomaa’s loan to Al-Faisaly to Al-Ahly’s potential loan of Ramadan Sobhi from Stoke. If Stoke are willing to loan Sobhi to Al-Ahly, Al-Ahly will allow Gomaa to continue his loan period with Al- Faisaly.

According to a source at Al-Ahly football staff, Badri has postponed the final decision on cancelling Gomaa’s loan to the Saudi team, Al-Faisaly, until a loan deal for Sobhi from Stoke City is clear and successful.

Al-Ahly’s priority is to sign Sobhi in the upcoming period; Gomaa failed in all the opportunities given to him by the coaching staff in order to perform well with Al-Ahly, before Badry decided to finally send him out on a loan transfer to Saudi Arabia for a season and half.

Saleh Gomaa is one of the most talented midfielders in Egypt, but his problem with Al-Ahly in the last two seasons was that he did not participate in the training regularly, in addition to his weak performance owing to his lack of fitness and weight gain.

Al-Ahly wants to compensate for the impending departure of Abdallah al-Said, the main play-maker of the team, who the Al-Ahly football committee decided to sell after his secret signing to rival club, Zamalek, which angered the fans, the board members and the coaching staff.