The state will argue that six years in jail is too lenient a sentence for the murder by Pistorius of Reeva Steenkamp, his girlfriend, in 2013.

“The state, in the papers, we stipulate clearly that the sentence imposed is shockingly low,” said NPA spokesman Luvuyo Mfaku.

Women’s rights groups in a country beset by high levels of violent crime against women say Pistorius has received preferential treatment compared to non-whites and those without his wealth or international celebrity status.
The SCA told state prosecutors and the defence in November that they would need to argue their cases in court before it would rule on the matter.

State prosecutors, led by advocate Gerrie Nel, say the sentence was too lenient as the jail term was less than half the 15 years they had sought. In his arguments at the trial, Nel said Pistorius had shown no remorse for the 2013 shooting.

Lawyers for the gold medallist, known as the “Blade Runner” for his carbon-fibre prosthetics, say he did not deliberately kill model and law graduate Steenkamp.

The athlete was originally convicted of manslaughter and sentenced to five years in jail. That conviction was increased to murder by the SCA in December 2015 and his sentence increased to six years by trial Judge Thokozile Masipa.

She dismissed in August 2016 a request by Nel to appeal Pistorius’ sentence, saying she was not persuaded that there was a reasonable prospect of success at another court.

Nel then launched his case at the SCA, in Bloemfontein, 400 km (250 miles) southwest of Johannesburg. 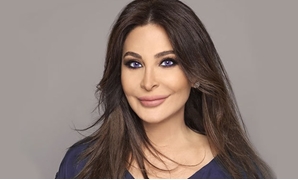