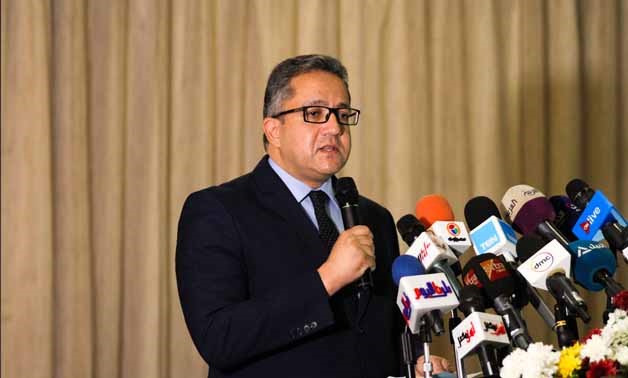 CAIRO – 14 October 2020: Minister of Tourism Khaled Anani said that the National Museum of Civilization and the Grand Egyptian Museum (GEM) “will be the biggest gift to the world.”

He noted that the cost of developing the National Museum of Civilization amounted to L.E. 600 million.

During a TV interview with “Last Word” program Tuesday on ON E Channel, Anani explained that the royal mummies will be the most important artifacts displayed in the museum, as well as a group of Islamic antiquities, pointing out that the museum display, lighting and two showcases are the best in the world.

Anani stressed the importance of the museum, which is located in the first Islamic capital in Africa, pointing out that Al-Fustat will contain cafeterias and tourism services for visitors.