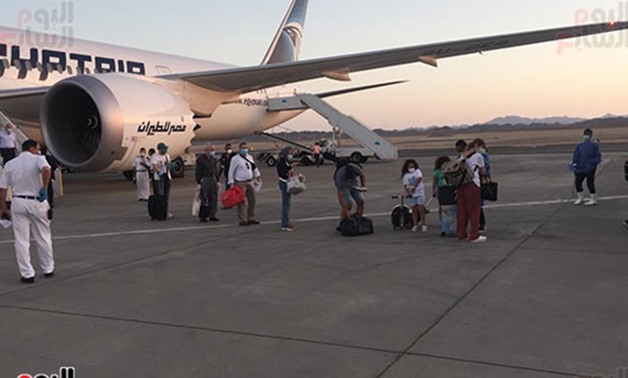 A total of 58 flights are expected to depart the airport heading to different destinations and carrying 5,218 passengers.

Well-informed sources at Cairo Airport stated that the airport’s arrival halls received 55 flights within the past 24 hours, carrying 6,796 passengers from different foreign and Arab countries, including some European cities.

Chairman of EgyptAir Company Rushdi Zakaria expressed pleasure on July 1for the resumption of international flights after more than three months of hiatus due to the spread of coronavirus.

He added in press statements that all the precautionary measures were taken to guarantee the safety of all passengers from the moment they enter the airport and until their arrival to their destinations.

He expressed hope that the pandemic would end completely soon so that the air traffic movement would return back to normal at the same rates before the spread of the virus.

EgyptAir started on July 1 to operate direct flights to more than 29 destinations, where Tunisia was the first Arab country Egypt’s flag carrier landed in after the long flight halt.