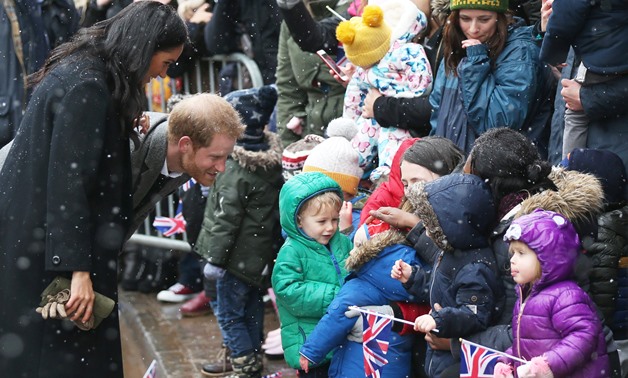 BRISTOL, England - 1 February 2019: Prince Harry and his wife Meghan thanked crowds of well-wishers for braving wintry conditions to welcome them on a trip to southwest England on Friday.

"I hope everyone gets a nice cup of tea after this," Meghan said as she and her husband chatted to those who had waited in the cold to see them as snow fell.

Harry and Meghan, a former actress who is expecting their first child this Spring, were in Bristol where they visited the city's Old Vic, built in 1766 and the oldest continuously working theatre in the English-speaking world.

Later, they were due to visit Empire Fighting Chance, a charity which seeks to use boxing to try to help young people, who are failing at school or at risk of drifting into unemployment or crime, turn their lives around