How Egypt’s top 5 governorates got their names 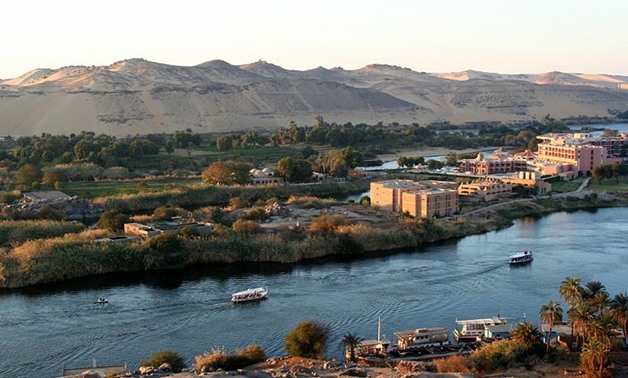 Cairo is the capital of Egypt. Historians were divided into two groups in identifying the origin of the name, Cairo. Some historians believed that Cairo is derived from planet Mars, as this planet appeared in coincidence with Jawhar al-Siquilli’s orders to build a new capital city for the Fatimid caliphate in Egypt.

The second group said Al-Qahirah (Cairo) means conqueror or vanquisher. At the beginning, Siquilli named it Al-Mansouria; however, after four years from establishing it, Fatimid caliph Al-Mu’izz Li Din Allah arrived to Al-Mansouria and changed the name to Al-Qahirah, and he derived the name from his intention to conquer his competitor, the Abbasid caliph.

Alexandria is a port city located on the Mediterranean Sea in northern Egypt and it is the second largest city after Cairo. Alexandria derived its name from Alexander the Great who established it in 331 BC.

Alexandria governorate was established on the small port town of Rhakotis by Alexander and it had been the capital of Egypt for nearly a thousand years, until 641 AD when Muslims established El-Fustat to be the new capital.

Damietta governorate is located in the extreme northeast of Egypt in the delta region; it has five administrative districts. Damietta was called Tamiates during Greek and Roman era, while it was named Tamiata during the Coptic period.

There were various theories about Damietta’s name origin. Some scholars said the word Damietta was originally pronounced “Da Mat Ptah Ten” which means the city of the god Ptah.

However, others believed that the name of Damietta originated from the ancient Egyptian word “Damt” which means ability. Scientists referred to Damietta’s ability to unite salty water of the Mediterranean Sea and fresh water of the Nile in one place.

Al Fayoum is located 92 Kilometers southwest of Cairo and it is divided into six administrative centers. It is famous for its fertility and the abundance of plant and animal life.

The name of Al-Fayoum changed several times. In ancient Egypt, it was called “Shedet” means reclamation land, and then was called “Ta –She “meaning the land of the lake.

It was also named “Baym” which means lake or sea, due to its location near Lake Moeris. Additionally, it was Called "MR Wr" which means the great sea, as water covered all the lands of Fayoum during the flood season.

During Greek and Roman eras, it was called Crocodopolis because of the existence of the huge number of crocodiles in this area. It is worth mentioning that Egyptians worshiped god Sobek – ancient god of crocodiles. Eventually, it was called Al-Fayoum after the Arab conquest of Egypt.

Luxor is located in the south of Upper Egypt and it is often known as the world’s greatest open air museum, as it is considered one of the greatest temple centers all over the world.

Luxor has had several names through the ages. In ancient Egypt, it was named Waser. Luxor was then named as the home of Amun- ancient Egyptian god of the sun and air.
The Greeks called it “Thebes” and the Greek poet Homer named it the city of the hundred gates due to its large doors and buildings. Luxor’s current name is derived from the Arabic word "Al-Qosour" which means the palaces.