iPhone X is best yet and FaceID works, mostly: reviewers 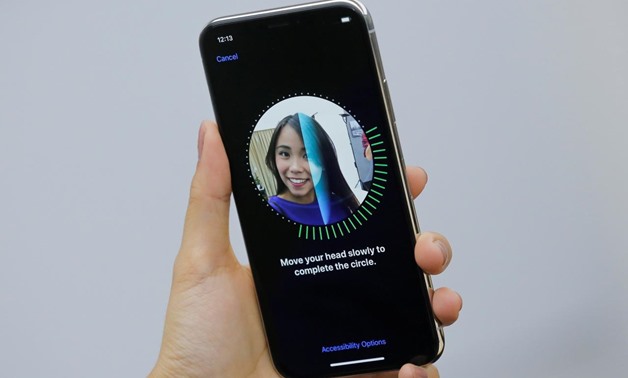 An attendee uses the Face ID function on the new iPhone X during a presentation for the media in Beijing, China October 31, 2017. REUTERS/Thomas Peter

1 November 2017: The first reviews of Apple Inc’s eagerly awaited iPhone X unanimously judged it the best iPhone yet, although some reviewers pointed out potential glitches in FaceID, the company’s new face recognition system.

The run-up to the Nov. 3 release of the redesigned glass and stainless steel device has been dominated by concerns over the supply and accuracy of the new system, which aims to improve on Samsung’s face unlock feature.

At $999, the iPhone X is the most expensive phone the company has ever launched, but demand is already far outstripping supply, according to analysts.

“It’s thin, it’s powerful, it has ambitious ideas about what cameras on phones can be used for, and it pushes the design language of phones into a strange new place,” Verge reviewer Nilay Patel said.

There is no home button on the iPhone X, a key feature in previous phones.

The fingerprint sensor is gone as well, replaced by FaceID, which unlocks the phone by recognizing a face with the help of a front-facing “TrueDepth” infrared camera.

So does the FaceID work? Reviewers had reservations.

While the feature works even if the user changes their appearance, wearing sunglasses for instance, it may not work as well if some key facial features are obscured.

“I tried the phone with at least five of my coworkers. None of their faces unlocked it - although none of them look remotely like me,” CNET reviewer Scott Stein said.

Reviewers said Apple had given guidance that the system works best at a distance of 25 to 50 centimeters away from your face.

WORTH IT OR NOT?

Apple touted the iPhone X as a completely reimagined device. It has a display that covers the entire screen but for a notch at the top that houses sensors, lenses, microphones and speakers.

But many reviewers agreed that while some customers may be willing to pay the steep premium, as they usually do for new Apple devices, others may find the price unnecessary.

“But fundamentally, it’s a new iPhone, and that means you probably already know if you want to spend a thousand dollars on one.”

The iPhone X has three cameras, one in front and two at the back, which reviewers said were “top notch” and the best so far in an iPhone.

The device’s battery seemed to last up to a day, even after running heavy-duty apps, reviewers said.

This is the first time Apple has used an OLED display, which CNBC’s Todd Haselton said was the best display he had ever seen on a smartphone.