How to control your children’s use of smart phones? 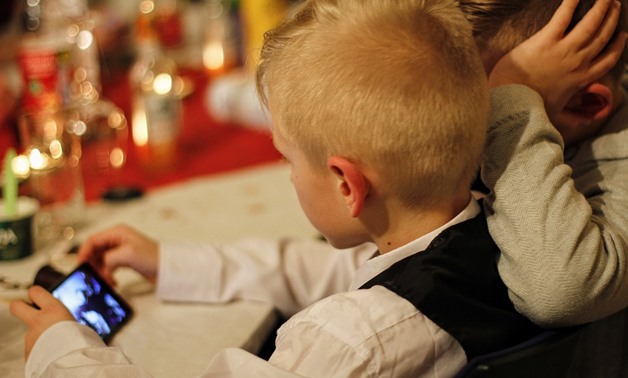 CAIRO – 26 October 2017: How much screen time is your child spending on thier phone? What are they doing and are they safe? All these questions should concern you a bit as we dive further into the bottomless pit of technology progress and become more and more attached to it every day.

Using these devices should be moderated especially in the case of children, as the use of electronic devices such as mobile phones and tablets could easily turn into an addiction. As soon as the child is capable of holding a phone they are given one and then it becomes difficult to get them off it.

More than 30 percent of British children between the age of 12 and 15 admit they do not spend as much time doing other activities as they do using their phones, and in the United States some children have reached the point where they needed to be sent to special rehab centers to be treated from “Digital technology addiction.” According to the Independent, that is not the only problem, as their time spent on the internet can actually be harming them; a two-year-long study has shown that using Facebook is associated with negative effects on the general well-being of both adults and children.

That is why it is better if parents try to control children’s use of electronic devices to make sure it would not affect them negatively. Parents could try a few methods such as:

Give them a healthy alternative: show them the real world can be as much or maybe more fun than the virtual one through enrolling them in activities or come up with family projects where the whole family could interact and help each other achieve a certain goal. This would help them grow their communication skills and learn to take responsibility.

Teach them the importance of face-to-face interaction: when kids chat, they usually have no way but “Emojis” and typed words to know how the other person feels or interacts with what they say; observing others’ natural reactions helps one avoid hurting them and become more empathetic and understanding of their emotions.

Be a bit strict about it: as a parent you know you cannot always be the nice guy, sometimes you have to take decisions even if your children will not like them. You can set a time limit of hours for your children to use the phone or log on the internet; for example they could be allowed only one hour of device use after school and if they exceed that time you can show more restriction or take away their phone for a period of time. According to TIME, this is called a Device Contract, something which is recommended by Yalda Uhls, assistant adjunct professor at UCLA and author of Media Moms and Digital Dads.

Control the device not your child: children and teenagers are naturally curious; it would be hard to expect them not to explore and try to find out more, but it is quite possible to limit their access to untrustworthy websites through settings provided by your internet provider or limit their internet use altogether.