‘Her Future’ Messages on the World Population Day 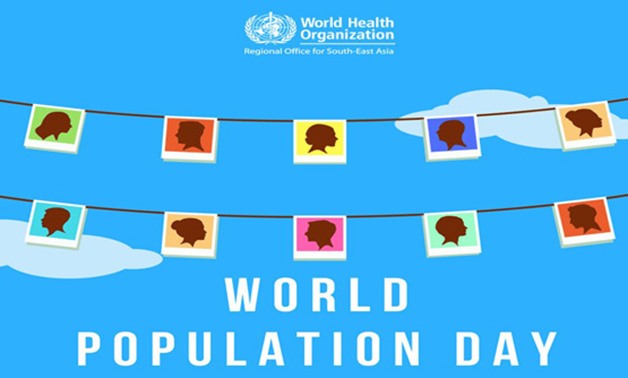 CAIRO – 11 July 2017: July 11 is observed internationally as World Population Day. This day is dedicated to the promotion of crucial issues such as the importance of family planning, gender equality, poverty, maternal health, demographic data and statistics, research and human rights.

The 2017 World Population Day theme is

Family planning or birth spacing concept advises women to have a gap of at least three years before the next pregnancy to ensure that the mother gets the recommended two years to breastfeed the child and to regain her health in the third year.

According to the United Nations Population Fund (UNFPA), who carries the vision of delivering a world where every pregnancy is wanted and every childbirth is safe and every young person's potential is fulfilled, around the world some 214 million women in developing countries who want to avoid pregnancy are not using safe and effective family planning methods.

For reasons ranging from lack of access to information or services to lack of support from their partners or communities, many of those with an unmet demand for contraceptives live in the poorest countries on earth.

On this day, organized efforts around the world collaborate to bring attention to the urgency and importance of birth spacing and family planning, as human rights, for sustainable development and elevating poverty.

These efforts include sharing key messages on issues like control over body, sexual and reproductive health and rights, gender equality, and human rights.

Below are some of the key messages shared by leading advocates marking the ‘World Population Day’ under the theme ‘Her Future’.

UNFPA – Her Future should be in her own hands

#FamilyPlanning is central to #womensrights. RT if you agree that no woman or girl should ever be denied the ability to plan #HerFuture! pic.twitter.com/l5gtDW8T1v

#FamilyPlanning can help reduce both maternal and child deaths. One of many reasons why @UNFPA advocates for a woman to plan #HerFuture. pic.twitter.com/BJp6SL1mor


UNFPA – Urges a stand with the millions of women demanding that their right to family planning be protected?

Will you stand with the millions of #women demanding that their right to #familyplanning be protected? RT if you answered ‘yes.’ #HerFuture pic.twitter.com/BWKN3Bs0xF

My message at today's @SheDecidesGFI event in London during @FP2020Global: we need more men who call themselves feminist #genderequality pic.twitter.com/wFlhgMwGKe

Why does #familyplanning matter? Take this @UNFPA quiz to test your knowledge on this #humanrights issue: https://t.co/vvprY9zYXG #HerFuture pic.twitter.com/l48c96K4f5

UNFPA – Her Future is our shared responsibility

On Tuesday's World Population Day, @UNFPA shows how family planning for all is essential to achieving #GlobalGoals: https://t.co/fXvHrDIezC pic.twitter.com/vrRfrwgK1S


UNFPA – Access to family planning could reduce maternal deaths by a third, and child deaths by as much as 20 percent

Numbers don't lie! Get the REAL facts about #familyplanning & how it can help a woman protect#HerFuture: https://t.co/GecuDHFEWh via @UNFPA pic.twitter.com/SV4BWShEMj

Fact: #FamilyPlanning is a human right! @UNFPA has more REAL facts on why we must empower a woman to plan #HerFuture https://t.co/idsTJlIjsS pic.twitter.com/g1QFVRYaVz

By uniting w/ @DFID_UK @gatesfoundation @UNFPA & others we can boost access to #familyplanning for the world’s poorest women #HerFuture pic.twitter.com/Csre2GWYcJ

A message on #familyplanning from @UNFPASierraleon to teenage #girls: "Put education first". RT if you agree!#HerFuture pic.twitter.com/RR6EaD8CqK

Follow the conversation on social media with the hashtags