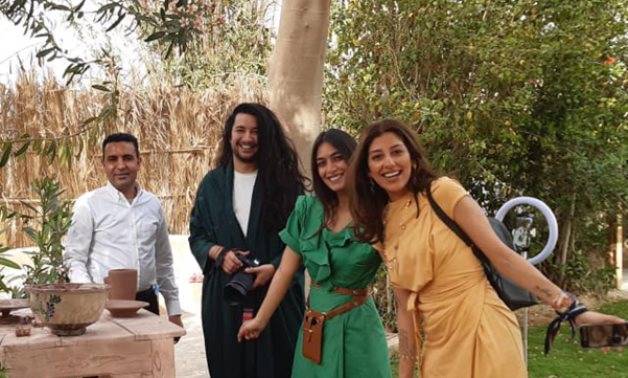 The first tourist trip organized by the Ministry of Tourism and Antiquities, represented by the ETPB, was launched from Fayoum, as part of the "Explore Egypt" campaign program. - Min. of Tourism & Antiquities

CAIRO – 22 March 2021: The first tourist trip organized by the Ministry of Tourism and Antiquities, represented by the ETPB, was launched from Fayoum, as part of the "Explore Egypt" campaign program.

CEO of the ETPB Ahmed Youssef indicated that this campaign was launched with the aim of spreading tourism and archaeological awareness among all segments of society to introduce them to tourist destinations in the various Egyptian cities and to promote the internal tourism movement, with the participation of a number of young Egyptian bloggers and influencers interested in tourism and travel who enjoy a high following on various social media platforms.

He added that the visiting program in Fayoum will continue for a period of three days and that it will include Tunis Village and its orchards in which rare bird species live, Wadi Al Rayan Reserve, Qusour Al-Arab area, Magic Lake, Gabal Al-Medawara, Wadi Heitan fossil reserve, Petrified Forest and Wadi Qatrani.

The influencers will also visit the famous waterfalls in Fayoum, with the commitment to apply precautionary and preventive measures and health safety controls.

Ahmed Youssef also explained that the board’s use of Egyptian bloggers and influencers comes in light of the Ministry of Tourism and Antiquities’ interest in modernizing marketing mechanisms and community involvement, especially youth as partners in the tourism promotion process for Egypt, and using various social media platforms to confirm its role as one of the most important modern promotional mechanisms in the world.