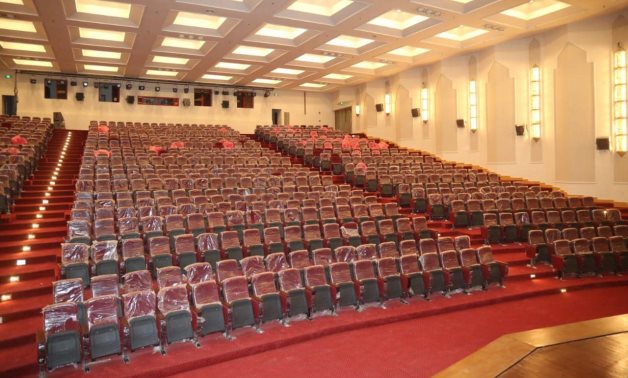 Abdel Dayem was accompanied by Head of the General Authority for Cultural Palaces Ahmed Awad and Vice President of the authority, director Hisham Atwa, among others.

The Project Supervisor Imad Bayoumi stated that the maintenance and development work of the Ismailia Culture Palace Theater began in February 2020 and was scheduled to be officially operating at the beginning of April. However, this was not possible due to the pandemic.

The development works had included a comprehensive replacement of the central air-conditioning system, the civil protection and firefighting system, the ceiling of the internal theater and the external ceiling, as well as seats, floors, theater hall lighting, services inside the hall and theater foyers.

Also, the maintenance of the lighting, sound, stage equipment, cinema screen, and theater curtains was completed, in addition to the necessary maintenance work for the theater entrance panel.