Alexander the Great may have suffered from Guillain-Barré Syndrome 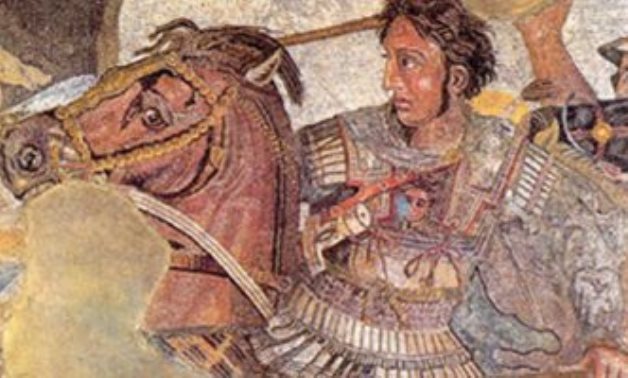 CAIRO – 4 January 2020: When Alexander the Great died in Babylon in 323 B.C., his body did not begin to show signs of decomposition for a full six days, according to historical accounts.

For the ancient Greeks, this confirmed what they thought about the young Macedonian king, and what Alexander believed about himself - that he was no ordinary man.

Alexander was only 32 years old and he had already conquered an empire that stretched from the Balkans to modern-day Pakistan.

He was on the verge of another invasion when he fell ill and died after 12 days of severe suffering.

Since then, historians have discussed the cause of his death, and suggested everything from malaria, typhoid and alcohol poisoning to his assassination by one of his competitors, according to what was reported by History website.

But a new study confirmed that Alexander may have suffered from a neurological disorder, Guillain-Barré Syndrome (GBS), which caused his death.

Catherine Hall, a senior lecturer at Dunedin School of Medicine at the University of Otago, New Zealand, wrote that most other theories about Alexander's death focused on painful fever and abdominal pain, the pain he suffered in the days before his death.

GBS is a rare but serious immune disorder in which the immune system attacks healthy cells in the nervous system.

This combination of symptoms could explain better than other advanced theories of Alexander's death.

Alexander may have suffered from a type of GBS that induced paralysis without causing confusion or loss of consciousness.