What do you know about Egypt’s cultural gems? 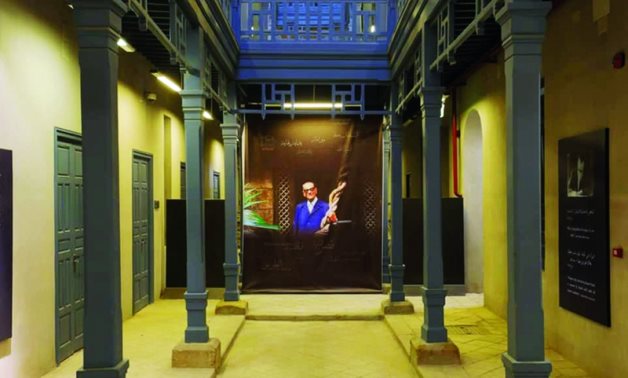 CAIRO – 2 September 2020: Although the culture of transforming the homes of writers, poets and thinkers into museums is not a usual culture in Egypt, Egypt was one of the first countries in the region and the world to convert the homes of the pioneers of writing into museums until that idea turned into a phenomenon.

Egypt possesses a number of museums for great Egyptian writers and poets or those who spent their lives in Egypt and were influenced by it.

Among those museums are:

The museum is located in the villa of the poet Ahmed Shawky, and it has been annexed to the Ministry of Culture. It consists of 11 rooms in both floors and is located on the Nile Corniche in Giza.

This museum was built in honor of the "Prince of Poets". After his return to Egypt from exile, he built a new house in Giza, which he called "Ibn Hani's Vineyard" and that house later became Ahmed Shawky Museum.

The building features an extravagant design of a white mansion and is surrounded by a green garden. The museum officially opened on June 17, 1977. In the museum's garden, there is a large bronze statue of the poet, sculpted by the Egyptian artist, Gamal el-Siginy; the statue was unveiled on the 50th death anniversary of the great poet.

It is worth mentioning that the Italian government ordered in 1962 the manufacture of a statue of the poet Ahmed Shawky to be placed in the gardens of Villa Borghese, one of the most famous and largest villas in Rome.

The statue's inauguration ceremony was attended by the ministers of culture of Egypt and Italy, in addition to the mayor of Rome, and a number of Arab artists, poets and writers.

The Ministry of Culture issued a decision to convert the villa of Taha Hussein, or "Ramatan", -as the Dean of Arabic Literature called it- into a museum honoring the great writer. Former Minister of Culture Saber Arab opened the museum in January 2013.

At the entrance of the museum, there is a bronze statue of the head of Taha Hussein by the artist Abdel Qader Rizk in 1936.

The museum consists of two floors and a library, which is divided into two parts: A large part containing Arabic books and upon his death this part was granted to Dar al-Kutub and has remained there. The other part of the library mainly contains books written in foreign languages, and these books are still in the villa's library.

This is in addition to the chair that he used to sit on, his secretary's desk, the dining hall, the place reserved for his son Mu'nis, as well as two rooms for administration and displaying some of Hussein's belongings from clothes and decorations, the Nile necklace he got and the medals given to him on various occasions.

Taha Hussein's life was a very fulfilling one; he witnessed the monarchy, the republic, the first and second world wars, and he saw the Egyptian revolution.

Cavafy House was established in 1992 as per the initiative of Kostis Moskov, an energetic and charismatic man and a literature, poetry and writing enthusiast. The museum is currently known as the House of Cavafy; it is the apartment in which the poet Cavafy spent the last 35 years of his life.

Although there are a number of apartments in the building, we know that this particular apartment was the one in which Cavafy lived, because it is the only one that has a balcony in the building.

The entrance to the building has been carefully designed to reflect how Cavafy’s life was full of documents, poetry and work. The street was known as Lipsos in the days of Cavafy, and its name was changed to become Cavafy St.

The Palace of Culture, the Akkad Museum, is a miniature museum that includes the late writer's bedroom furniture, his famous robe, his office, his shoes, his fez, his well-known cap, books, photographs, and a certificate of appreciation.

The Naguib Mahfouz Museum and Creativity Center constitutes a new Egyptian landmark on the international cultural map, looking out to the world from the heart of historical Cairo, to which the late Egyptian Nobel-winning writer was closely related and manifested that attachment in his novels and immortal stories.

The Naguib Mahfouz Museum consists of two floors, the first hosts halls for seminars, an Audio/Video library, a public library and a library of critical research including the most important researches and studies on the work of Naguib Mahfouz.