CAIRO - 6 April 2020: The Fine Arts Museum, affiliated to the Fine Arts Sector, continues to call on citizens to stay at home, commenting on their official Facebook page, “Stay home, we’ll bring the museum to you.”

Among the museum's most important holdings exhibited at the “Online Museum” is the work of artist Ahmed Abdel Wahab.

It is noteworthy that Ahmed Abdel-Wahab, a professor of sculpture who taught many artists in Alexandria, acquired a diploma in the Faculty of Fine Arts in Cairo in 1957.

Ahmed Abdel Wahab focused on the human face in most of his sculptural experiments. In his artwork, Abdel Wahab derived most of the facial features of his sculptures from the inspiring face of Akhenaten, whom the artist was very fond of.

Akhenaten's face may have been the ideal human face, which does not fall under the authority of "physiognomy". Abdel Wahab does not care much about the partial differences between the facial features of people.

Ahmed Abdel Wahab's sculpted faces do not hold the personal characteristics of certain people, and they do not record passions or emotions, but rather only carry the ideal and extended features of the human face, away from the fleeting symptoms.

The faces Abdel Wahab sculpted are faces that tend to retain their majestic silence, faces rid of man’s confusion and distraction and faces that seem to have realized the bliss of certainty. 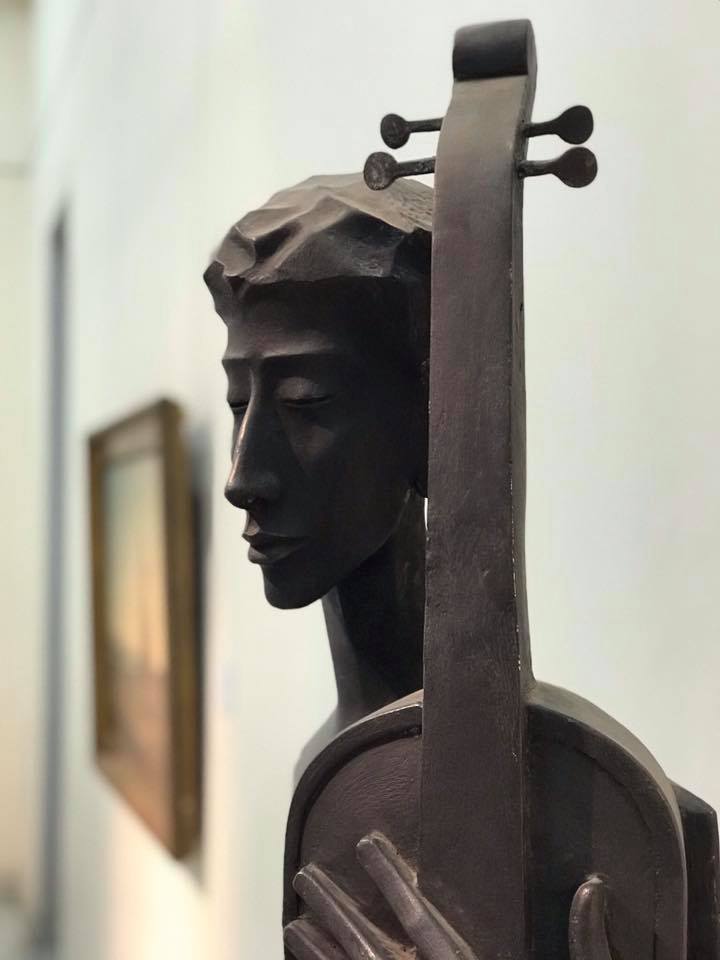 : One of Abdel Wahab’s dazzling works held in the Fine Arts Museum in Alexandria - ET