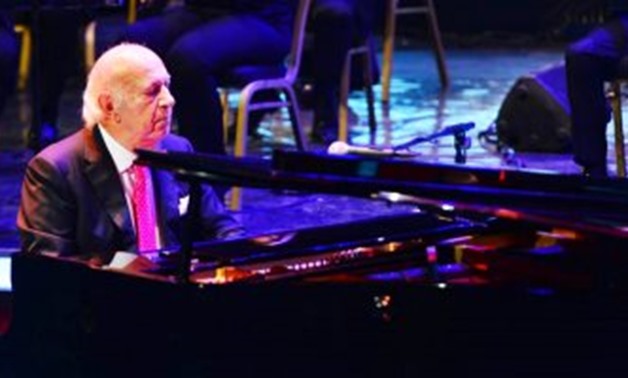 CAIRO - 26 February 2020: On its official Facebook account, the Arts Center of the Bibliotheca Alexandrina announced postponing Omar Khairat's concerts, after declaring a state of general mourning for the death of former President Mohamed Hosni Mubarak.

On a different context, megastar Amr Diab also postponed the concert he was set to perform, due to the state of general mourning in the country for the death of former President Mohamed Hosni Mubarak, who passed away on Feb. 25 at the age of 91.

Amr Diab’s concert is rescheduled to be held on Feb. 29, according to a statement made on his official Instagram account. The concert will be held in Al-Manara Arena in the Fifth Settlement district.

On Feb. 25, the Cabinet, the Armed forces and the Presidency issued statements mourning the death of the former president.

"The presidency deeply mourns former President Mohamed Hosni Mubarak, as he served the country as a commander, and a hero of the great October War. Mubarak was commander of the Air Forces during the war that restored dignity and pride to the Arab nation," the presidency said in a statement, extending condolences to his family.