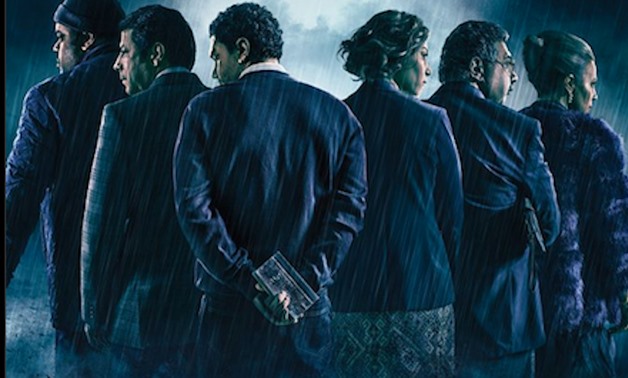 By: Angy Essam
CAIRO – 13 January 2019: Seven Egyptian films were screened at Cine Brasília in Brazil as part of the 2nd edition of The Egyptian Contemporary Cinema that kicked off January 9-12.

The films include "The Factory Girl", "Before the Summer Crowds", "Diamond Dust", "Kiss Me Not", "Ali, the Goat and Ibrahim", "The Giraffe", and "Les Petits Chats."

The Egyptian Contemporary Cinema section is dedicated to screening Egyptian films at Cine Brasília, a cinema and entertainment venue for cultural events located in the Brazilian capital.

The first edition of the Egyptian Contemporary Cinema, which was held in São Paulo and Rio de Janeiro in 2017, was dedicated to films by late director Mohamed Khan.

The film follows a year in the life of Hayam, played by Yasmin Raeis, a young woman working in one of Cairo’s textile factories. Searching for an escape from her dominating stepfather, Hayam dreams of tying the knot with the handsome Salah (Hany Adel), a factory supervisor who enjoys her attention and starts to be more intimate with her.

But when a positive pregnancy test is discovered in the factory’s garbage, Hayam's co-workers and family assume that she is a fallen woman. Her decision not to defend herself costs her dearly, as society refuses to accept independent women.

Released commercially in March 2014, the film was a box office hit, bringing in LE 1 million in just three weeks.
The film is directed by late great director Mohamed Khan.

"Before the Summer Crowds"

Set in a seaside resort, the film tracks a group of people who meet each other by the beginning of the summer.
Directed by Mohamed Khan and co-written by Ghada Shahbandar and Nura el-Sheikh, who also participated in the screenwriting, the film stars Maged el-Kedwany, Hana Shiha, Ahmed Dawood, Lana Mushtaq and Hany el-Metennawy. MAD Solutions handles the film's distribution in the Arab world as well as its international distribution.

The movie is based on Ahmed Mourad's novel of the same name. The plot revolves around Taha, who works for a pharmaceutical company and lives an extremely boring life with his disabled father. Taha’s life is turned upside down after a mysterious murder reveals many secrets, dragging Taha into the world of crime and corruption.

Directed by Ahmed Amer and starring Yasmin Raeis, Mohamed Mahran, Salwa Mohamed Ali, and Sawsan Badr, the film revolves around a backstage setting, where a film director is facing challenges in dealing with the protagonist and the producer. All three of them are dragged in arguments due to their different points of view.

Released on Feb. 1, 2018, this satirical comedy is shot in the style of a documentary which follows a young film-maker's attempts to adapt the script of a great writer who recently passed away, only to find that his inexperience prevents him from dealing with a rather odd and embarrassing situation.

Directed by Ahmed Magdy, the film tells the story of Ahmed, a young Egyptian man who is lost and depleted of faith.

Ahmed gets swallowed into the madness of the city and gets involved with an eccentric group of young people led by an enigmatic girl who is trying to uncover the mystery behind the giraffe hidden at the zoo.

"Ali, the Goat and Ibrahim"

"Ali, the Goat and Ibrahim" revolves around the main character, Ali, who loves a goat named Nada and talks to it. Many people criticize him for this behavior until his mother forces him to go to a psychological and spiritual healer, where he meets Ibrahim.

Ibrahim suffers from depression and listens to sounds from another world, yet he is incapable of understanding what those messages mean.

Together, they embark on a journey of self-discovery and friendship across Egypt.

The movie’s first worldwide screening was at the Festival International du Film Francophone de Namur (FIFF) in Belgium. It participated at the Rendezvous French Cinema in Paris, and was also a participant at the Cannes Film Festival Junior screening. "Ali, the Goat and Ibrahim" won three postproduction awards at Final Cut in Venice workshop.

It is worth mentioning that Ali Sobhi won the Muhr Feature Award for best actor for playing the role of Ali, the goat.