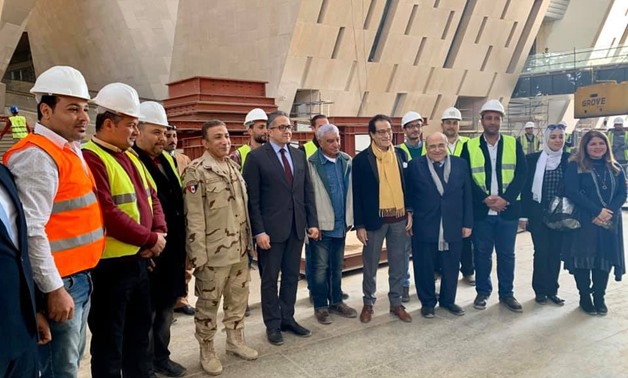 Anany, El-Fiki, Hawass and Hosny in a memorial photo in GEM -ET

CAIRO - 13 January 2019: Artist and previous Minister of Culture Farouk Hosny went on an inspection tour in the Grand Egyptian Museum, which is set to be officially inaugurated in the last quarter of 2020. 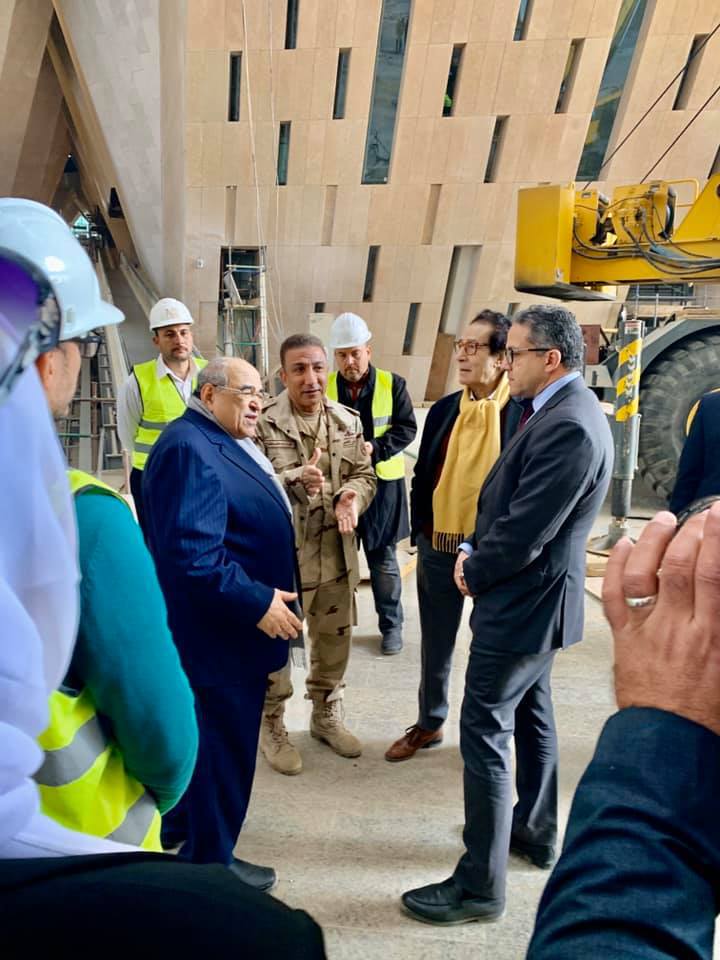 During Inspecting tour - ET
Hosny was accompanied by Minister of Tourism and Antiquities Khaled el-Anani. Hosny affirmed that once completed, the Grand Egyptian Museum will be President Abdel Fatah al-Sisi’s gift to humanity.

Moreover, Hosny was accompanied by Egyptian archaeologist and former Minister of Antiquities Zahi Hawas and Mostafa el-Feky, the director of the Bibliotheca Alexandrina. Hawass, Hosny in GEM - ET
Minister of Tourism and Antiquities Anany was keen to explain the latest construction works of the museum, which is expected to be the largest archaeological museum in the world. 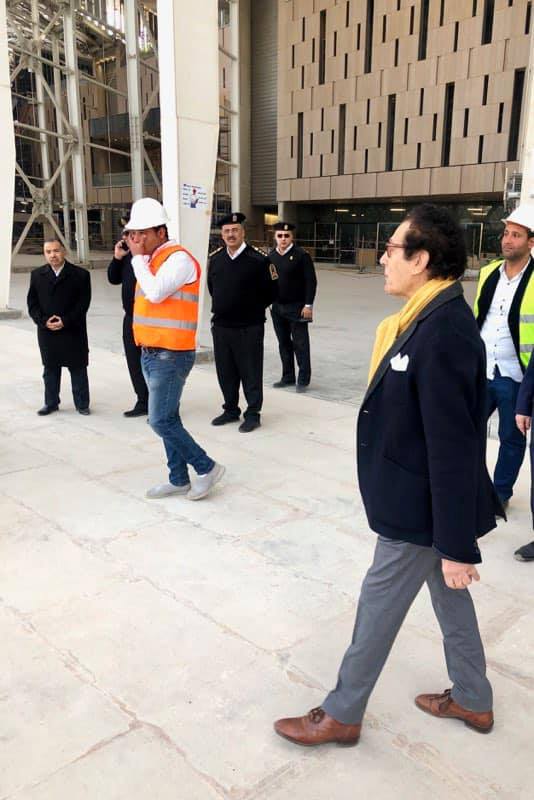 Hosny touring GEM - ET
“Imagination became a reality,'' posted Hosny on his official Facebook page. “I was pleased to visit the Grand Egyptian Museum, which is a dream come true. This museum is a testament to the history of humanity and the work in progress is carried out rapidly and efficiently. Greetings, appreciation and respect for President Sisi for the special attention he attaches to following up the daily work of this eternal edifice,” continued Hosny in his Facebook post.

Hosny also thanked Minister of Tourism and Antiquities Khaled el-Anany for his valuable contributions to making this museum a reality, and General Supervisor of the museum Atef Muftah.

The former minister of culture concluded his post by thanking all those who are working on the completion of the museum, describing what they do as a reason for great pride.