By: Mustafa Marie
CAIRO - 13 January 2020: Minister of Culture Inas Abdel Dayem welcomed the Arab guests of Egypt at the opening of the Fifth Arab Poetry Forum, held under the slogan: “Poetry and Culture of the Era”.

One hundred poets and critics from 15 countries will participate in the forum which is set to run from Jan. 13 to Jan. 16 in the Supreme Council of Culture at the Opera House.

The winner of the Fifth Cairo Arabic Poetry Forum Award will be announced at the closing ceremony set to be attended by Minister of Culture Inas Abdel Dayem, Secretary General of the Supreme Council of Culture Hisham Azmy, former Minister of Culture Gaber Asfour, poet Mohamed Abdul Muttalib, and critic Salah Fadl.

The Higher Committee of the forum, headed by Mohamed Abdul Muttalib, chose "Poetry and Culture of the Era" as the main theme of the forum’s fifth edition. The committee also decided that this edition of the forum will bear the name of the two veteran poets Ibrahim Nagy and Badr Shaker al-Sayyab.

Abdel Dayem stated that poetry expresses the position of the Arabs and that poetry has evolved with the development of people, whether in content or style. Abdel Dayem further referred to the ministry’s goal to develop and keep abreast the variables of poetry, and from this perspective the minister of culture announced increasing the forum’s award to L.E 200,000 from L.E 100,000.

Secretary General of the Supreme Council of Culture Hisham Azmy expressed his happiness to host the forum’s fifth edition in Cairo, welcoming all the forum's Arab guests. Azmy described Egypt as the the permanent host and supporter of Arab culture throughout history.

Azmy further stated that the Arabic Poetry Forum is one of the most important cultural events for poetry in the Arab world. The forum hosts a group of significant poets that came to Egypt from various Arab countries, including Palestine, Tunisia, Morocco, Algeria, Sudan, Saudi Arabia, UAE, Oman, Iraq, Syria, Libya, Lebanon and Yemen.

The secretary general of the supreme council of culture added, "This year’s edition of the forum is characterized by an active participation of more than a hundred Arab poets and critics representing more than fifteen countries, where the forum discusses over a period of four days and through four scientific sessions a number of papers covering four main axes:

- Poetry and the Culture of the Era.

- Poetry and the changes of the Arab societies.

Two round table discussions focusing on the poetry of Badr Shaker al-Sayyab and Ibrahim Nagy will be held during the forum’s activities. The forum will also witness the organization of seven poetry evenings with the participation of 65 poets.

In the same context, Azmy expressed his gratitude for the minister of culture's continuous support.

Member of the Scientific Committee of the forum Mohamed Abdel Muttalib stated that the forum was prepared in five months, and apologized to those who were not invited to attend the forum. 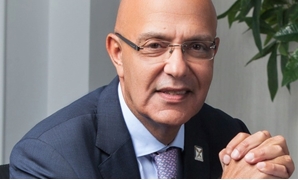