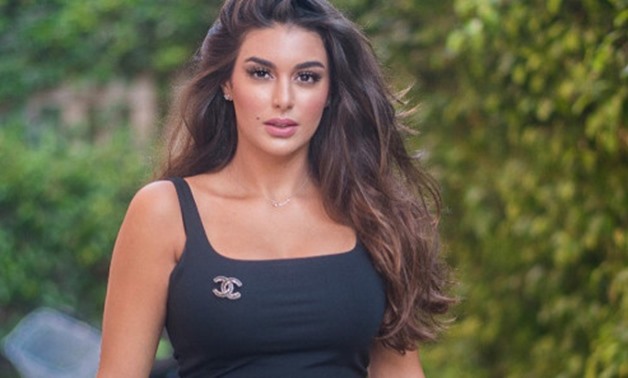 Social media has become the curse of our contemporary times as so many innocent or naïve comments get interpreted wrongly and exaggerated causing the person in question to turn into public enemy number one as we have seen with so many high profile international and local celebrities.

The latest figure is the young Egyptian actress Yasmine Sabry who had posted a photo of her doing yoga to which her 16 years old brother commented on, the usual sibling banter that everyone has with their brother/sister. Sabry's reply to her brother angered many on social media who were clueless to the fact that she was joking with her 'baby brother'.

Fair enough the joke might be in poor taste but not of malice or bad intention, it was simply a sister telling her brother he has down's syndrome, yes not a joking matter on a public platform but who has not made a mistake? We are humans after all born to do wrong and be forgiven if we have the right intention. The reply which has now been deleted by Sabry who obviously realised her mistake or the fact that people will not take kindly to a private joke between siblings and most probably be taken out of context by those who are keen to see Sabry fall.

Egypt Today contacted the star to get her side of the story and although Sabry has always chosen not to respond to social media's attack or even address them as they Fizzle out in few days but she made an exception this time as it touched two matters that are important to her, women rights and equality for all.


Sabry admitted that she personally manages her Instagram account and not a PR team but stressed that she would never joke or insult people living with disability as she is a passionate advocate for equality and the rights of women; especially ones with disability as they face double the barriers of non disabled. Sabry's comment angered many on social media and for the past few days has been receiving huge amount of abuse and attacks from Instagram followers, ironically everyone seems to be a disability rights advocate yet we know arab society struggle to accept disabled people, which does pose the question are these people genuinely upset about disabled people being made a joke of or is it simply an anti Sabry brigade?

One organisation that has been genuine and professional about their response to Sabry's 'joke' are The Four Biscuits, an iindividualsed cookies baking project that aims to empower young people with Down's syndrome by providing them with training in baking skills and then selling their products at local markets and online.

The Four Biscuits were deeply alarmed by Sabry's comment once they were sent a screenshot of it, so they sent her a message on Instagram in an attempt to hear her side of the story and discover the truth behind it. When they did not receive a reply they published the message they sent her on their Instagram page, hoping for a public apology from Sabry.
When Egypt Today informed Sabry about The Four Biscuits effort to draw her attention to the damage that her comment has or could cause, she responded with a sincere and heartfelt acknowledgment that “yes the comment could be seen as an insult but anyone who knows me will know that I would not insult anyone, let alone the disabled community who face enough daily struggles”.

Sabry went on to add that the reason she never responds to any sort of attack on her because “I am all about peace, and hate getting engaged in any negative debate, it’s our job as actresses to promote and spread acceptance and harmony”. But she made an exception today due to two factors; the huge respect she has for people living with disability and the trust she has in the impartiality and honest journalism of Egypt Today.

Yasmine Sabry did make this comment naively but not maliciously and as soon as she realised her mistake, she retracted her comment. Before we judge and attack her maybe it is a good idea to refrain from making hasty assumptions and chose to see the good in people until they prove otherwise, Sabry was wrong and she corrected her error so should we continue to punish her or praise her for being brave enough to admit her error of judgement, something that not many celebrities would do.