Naguib Mahfouz museum to be officially launched end of June 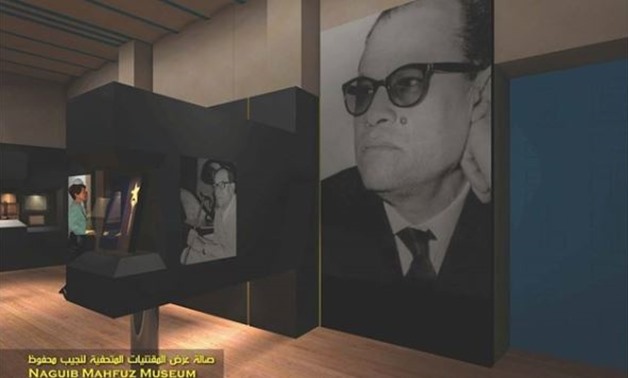 CAIRO - 18 June 2019: Minister of Culture Inas Abdel Dayem inspected the Naguib Mahfouz Museum at the Tkeit Abu el-Dahab building in Al-Azhar district, in preparation for its opening at the end of June.

The opening of the much anticipated museum comes in conjunction with Egypt’s celebrations of the June 30 revolution, in the presence of the veteran writer Yusuf Al-Qaid, head of the Cultural Development Fund Dr. Fathi Abdel Wahab and head of the Civil Coordination Authority Mohammed Abu Saada. Halls within the Naguib Mahfouz Museum – Photo courtesy of Ministry of Culture press release
Abdel Dayem stated that the Ministry of Culture faced many challenges until the completion of all the works and equipment of the Naguib Mahfouz Museum; stressing that what has been achieved is a pride for all Egyptians, as it also embodies the nation's belief in the need to preserve the historical vocabulary that formed its soft power through its prominent writers throughout history.