The events of the 27th episode showed Yousra el-Lozi opening up to Hani Salama clarifying to him that Meral is the sister of Ramez. Ramez is Hadi’s friend who died due to a drug overdose given to him by Hady in one of the parties.

In a different scene, Iyad goes to Hadi, sternly spoke with him and made the latter feel guilty that he is behind Razan’s addiction to the drug “Qamar” in which Hadi specializes and deals.

Hadi remembers his late father and the days he was excessively spoiled. He blames his old man for reaching the position he is in now, saying “I wish he was stricter with me as I grew up, I wouldn't have been in this now."

On the other hand, Dalia Mostafa knew that Hadi was the reason behind Ramez’s death. However, she chose not to tell anyone about it. In addition, Dalia faced Essam Abu el-Makarem and told him point blank that he is a selfish man.

In a different scene, Samar went to her father and begged him to return home. She was accompanied by Oraby and discovered that he loves her dearly.

Hadi went to Hana and her father and confessed that he unintentionally killed Ramez. He explained to them that Ramez did the fatal dose of drugs without his knowledge.

The episode ended with the scene of Fairouz's doctor informing Miriam that she is extremely ill amd is suffering from Leukemia.

The series is written by Islam Hafez and directed by Raouf Abdel Aziz. “Qamar Hadi” is the production of Synergy.

The series is the third cooperation between Salama and Abdel Aziz after previously working together in “Fook el-Sahab” (above the clouds) and “Taqet Noor”, both achieving great success during the time of their release. 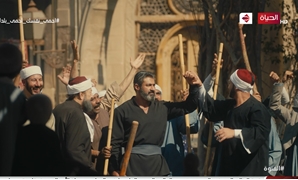 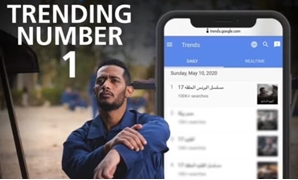 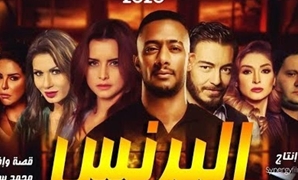