Ramez Galal on new mission to ‘punk’ his guests in Ramadan

By: Mustafa Marie
CAIRO - 16 April 2019: Famed actor and TV presenter Ramez Galal is about to complete filming his comedy show set to be broadcast for the ninth consecutive year in Ramadan 2019.

Galal will host 30 stars and is planning to punk his victims on an island in Indonesia. Galal always imposes a state of secrecy on the program, guests and other aspects.

A member of the cast will escort the oblivious stars onto a boat in Indonesia. As they speed away and in the middle of the ocean, the boat faces a fake technical issue. Here is where the guest will feel endangered.

Expectedly, the guest will try to swim to the shore, also having the burden of saving the drowning cast member. Finally, as a state of panic prevails, Galal will appear in the form of a Gorilla.

Galal is an Egyptian actor, singer and TV presenter. He graduated from the Academy of Arts.

In his prank show, Galal's guests are seen in fear for their lives. He has pranked famous Egyptian and international stars like Paris Hilton, Steven Seagal and Shah Rukh Khan.

The reaction by Shah Rukh Khan during the punk show was the 4th most trending YouTube video during the first week of Ramadan 2017.

Despite the wild popularity of his shows, Galal has been met with great criticism. A person speaking for animal rights complained that a lion was sedated for the show. Another critic said the "insults" that fly when his guests are ‘punked’ ruin Egypt's reputation. Ashraf Zaki appointed as head of Academy of Arts 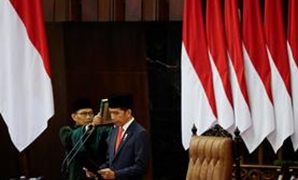