Culture min. to be honored in Milan’s Arab Language and Culture Fest.

By: Mustafa Marie
CAIRO - 28 March 2019: The Arab Language and Culture Festival, organized by the Catholic University of Milan, is set to honor Minister of Culture Inas Abdel Dayem during the closing ceremony of the festival's fourth edition.

Abdel Dayem has been selected by the organizing committee as a distinctive model for creative Arab women, and will be honored in the presence of Ambassador of Egypt to Italy Hisham Badr, Head of University of Milan Mario Gatti, Consul General of Egypt in Milan Ehab Abu Srea, Director of the Academy of Arts in Rome Gehan Zaki, as well as a number of public figures and members of the Arab community in Italy.

For her part, Abdel Dayem dedicated the honoring to all Egyptian and Arab women, asserting that Egypt's leadership at the regional and international levels brought attention to the achievements of women in the local and Arab communities. Abdel Dayem pointed out that the awards won by Arab women represent appreciation of women who made a positive change in their personal and working lives.

Held under the title “Shahrazad outside the palace ... How to change the presence of women in the public space in language, literature and arts”, the fourth edition of the Arab Language and Culture Festival will run from March 28-30 and will include several events that reflect the Arab civilization such as book exhibitions, cultural symposiums, poetry evenings and musical concerts. Women's Forum to be held on April 2 at Cairo Opera 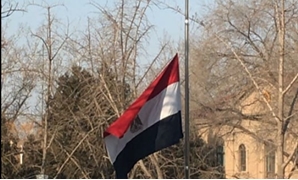