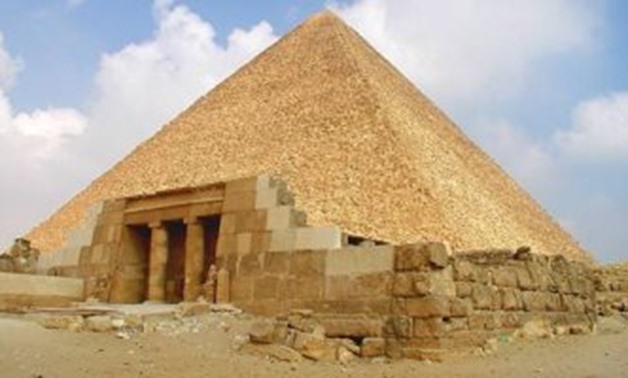 CAIRO – 25 August 2018: Head of Central Administration for the Restoration and Development of Monuments, Dr. Gharib Sonbol, stated that maintenance works in the pyramid of Khafre will be held after the Eid el-Adha vacation (Muslim celebrations).

The maintenance is carried periodically by the Ministry of Antiquities in an effort to protect the ancient Egyptian monuments.

Sonbol further expressed in statements to Youm7, that routine maintenances are being held in the Pyramids of Giza between short intervals of time, due to the importance of the monument.

Furthermore, maintenance works held in the pyramids will revolve around extracting humidity, salts and observing the internal heat/temperature of each monument, according to Sonbol. Several electric units will be placed inside each pyramid to vacuum the excess humidity once it rises to unwanted levels.

Restoration works to strengthen stones, stone separators and color stabilization will take place in all the pyramids once completed in Khafre.

The Central Administration for the Restoration and Development of Monuments created a ‘development plan’ portrayed in a file submitted to the standing committee, in which the file gets examined before the permission is granted to start the maintenance works.

In the case of refusal, the development plan gets changed by the Central Administration once again, before it becomes re-submitted to the standing committee for permission.

The Pyramid of Khafre, or of Chephren, is the second-tallest and second-largest of the Ancient Egyptian Pyramids of Giza and the tomb of the Fourth Dynasty Pharaoh Khafre (Chephren), who ruled from c. 2558 to 2532 BC.